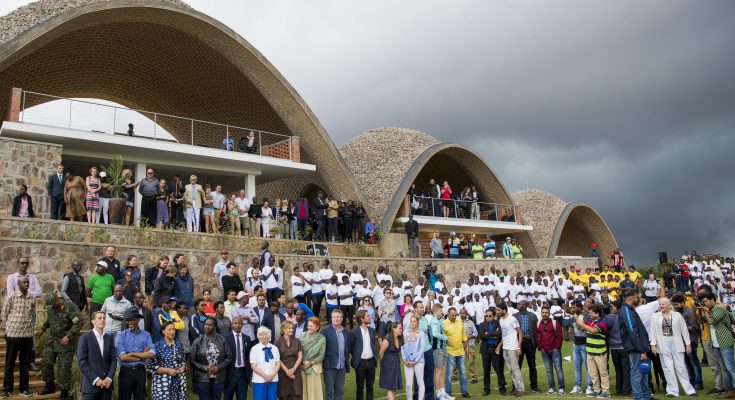 It was a significant moment for Rwanda and the cricket lovers as the country’s first international cricket stadium were launched on Saturday. The gigantic Gahanga Cricket Stadium, which sits on 11 acres, was inaugurated by President Paul Kagame.

The structure is aimed at developing the sport in the country. The cost of erecting the cricket stadium was $1.3 million (about Rwf950million), this was mainly raised by international cricket players eager to see the game take off in Rwanda. The effort was spearheaded by Rwanda Cricket Stadium Foundation which was set up by Alby Shale, the son of the late British politician and cricket lover, Christopher Shale who visited Rwanda to do aid work.

“We are very happy to have this cricket pavilion and ground built, and by that, we remember Christopher Shale, in whose memory this has been built,” President Kagame said at the opening.

“It is a great pleasure for us to have this facility which will see more young men and women playing and improving their skills. It is also good for us to have partners in the United Kingdom,” he added.

The new stadium has been built to international standards, making it the first of its kind in the East African region.

The inauguration ceremony attracted over 200 high profile cricket legends from parts of the globe, but the majority came from the UK. The facility, which has a luxurious bar (clubhouse), offices and changing rooms, will also have an HIV/AIDS awareness unit to provide testing and counselling services.