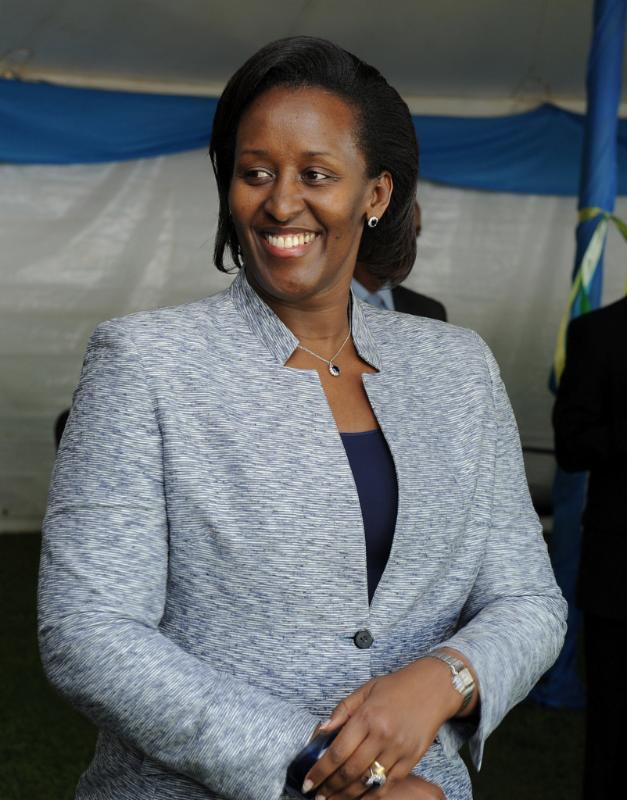 The First Lady and Chairperson of Unity Club, Mrs Jeannette Kagame, has recently said that Rwandans can only achieve sustainable development if all stakeholders, including government, individuals and development partners, invest in programmes that bring about social cohesion.

She made the remarks, shortly after inaugurating two houses (‘Impinganzima’) built by the Unity Club to accommodate 16 elderly Genocide widows who lost their children during the 1994 Genocide against the Tutsi.

Mrs Kagame also laid a foundation stone for the construction of a hostel to accommodate 102 more widows.

The two events-in-one, which took place in Mukura Sector, Huye District, was organised in partnership with AVEGA-Agahozo (Association des Veuves du Génocide d’Avril), an association of widows’ survivors of the Genocide against the Tutsi.

Mrs Kagame said even though a lot has been done to support disadvantaged groups, a big number of elderly Genocide widows still need special and urgent support.

“Giving shelter to Genocide survivors, including these widows, is one of the avenues through which the government seeks to bring sustainable solutions to the social needs of such vulnerable groups in our society. I wish to remind all stakeholders and development partners, that whenever we put in place such initiatives, like providing better housing to the Genocide widows, we are giving them a family,” she said.

During the event, Alex Kanyankole, the Development Bank of Rwanda chief executive, announced that the bank has earmarked Rwf100 million to support Unity Club in building the new hostel to accommodate over 100 Genocide widows across the country.

Dr Alvera Mukabaramba, the state minister in charge of community development and social affairs, noted that, “through such initiatives, we will be able to reach all the vulnerable survivors of the Genocide.”

The Mayor of Huye, who delivered the welcoming remarks, thanked the guests and partners for joining the residents of Mukura Sector at the event “which honoured the contribution of these widows to the Rwandan society.”

Formed in 1996, Unity Club brings together former and current government officials, and their spouses, to promote social cohesion and contribute to sustainable socio-economic development of the country.