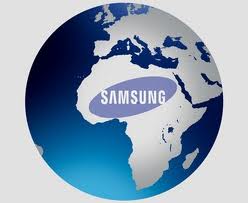 The new partnership involves a marketing and distribution deal for Samsung’s Solar Powered Internet School, Smart School Solutions, Solar-powered Mobile Health Centers and other e-Government solution. The solutions which are now present in the Zimbabwean market are primarily targeted at government departments and it is expected to improve government systems and service delivery.

The firms also agreed to a deal that will see Samsung set up of an assembly plant which will cost about $4 million. The electronics company will contribute 60 percent of the fund needed while LPS will supply the other 40 percent.

“Samsung has signed a deal with us which will see their kits assembled here in Zimbabwe after a long time of negotiations with them,” LPS chairman, Cleo Mathabire confirmed.

Mathabire explained that the indigenous company used to import Samsung products from South Africa and Dubai where resellers could put a mark-up of their own which is too high for the consumers.

The new partnership will therefore see LPS make Samsung products available to retailers through the correct channels, which will reduce the current cases of smuggling and fake mitation of the product from other markets into the country.

According to Mathabire, “Samsung will be providing the technology and expertise while LPS will provide the infrastructure and labour needed.

“The plant will “see a lot of jobs created and cheaper products for Zimbabweans,” he added.

Meanwhile, one of the products launched by the parties is the Solar Powered Internet School with extra add–ons to enable e-learning.

The product which has already been launched in Thembisa and Cape Town, South Africa with other units already in place in East Africa is a good alternative for remote areas in most African countries where there are either no school or electricity.

Similar solar powered tech units have also been launched in Africa by NGOs.

On achieving business to government solution, a smart government forum is set to be established in February 2014 which will involve all government officials in discussing the way forward on B2G implementation.

Samsung has been a major force in Africa, expanding its presence in strategic markets across the continent.

In Zimbabwe, it opened its first official store in 2011 at the Joina City shopping mall in Harare.

“Samsung has been a frequent visitor in the country and has been investing in retail asset for the last three years, this is just a channel diversification,” Gavin Clare, the manager at Samsung Zimbabwe said.