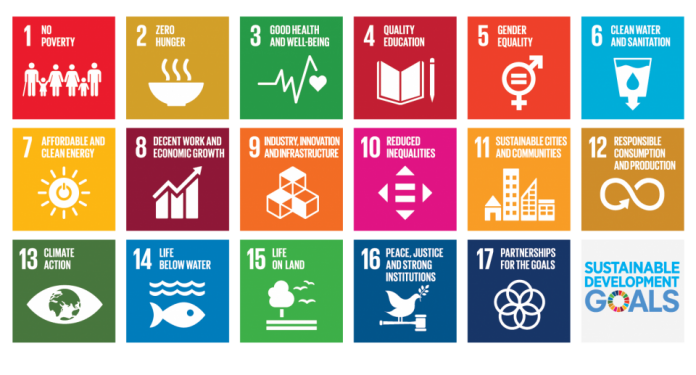 African Women and girls are more economically active than women in any other continent or region in the world. They contribute a reasonable percentage to the Continent’s economy.

They are the ones that grow most of the continent’s food and one-third of all businesses.
Yet, there is still the issue of gender parity on the continent.

This is why the Sustainable Development Goal SDG 5(Gender Equality) is seen as a very critical goal that would make the other 16 SDGs easier to achieve because empowering women and promoting gender equality is necessary for accelerating sustainable development.

Ending all forms of discrimination against women and girls is not only a basic human right, but it also has a multiplier effect across all other development areas.

African women are held back from fulfilling their potential by many constraints, whether as leaders in public life, in the boardroom, or in growing their businesses. This in turn holds back the potential of the continent’s economy.

Many African countries have closed the gender gap. In some countries, women hold close to one-third of the seats in parliaments, more than in Europe.

But with less than a decade left to deliver on the Sustainable Development Goal (SDG) 5 on gender equality and women empowerment, the commitment is yet to translate its talks into action.

In recent times, there have been many advances in women empowerment on the continent, including many changes in laws to promote equal rights for women.

Recent data from the United Nations Economic Commission for Africa (ECA) on the progress in the implementation of the SDGs in Africa shows that most countries are not on track to meet the targets set for all goals by 2030, specifically those related to SDG 5.
Here is a look at some African countries that are on track to meet goal 5.

According to the World Economic Forum’s (WEF) Global Gender Gap Report, Rwanda tops the list as the first African country that is trying to bridge the gender gap.
The WEF’s Global Gender Gap Report considers four key areas including economic participation and opportunity, educational attainment, health, and survival, and political empowerment for women.

Though Rwanda was ranked 9th globally. It is the highest African country on the list.
One of the things Rwanda did that helped in its gender equality goal is that it integrated the Africa Agenda 2063 and the SDGs into its national development agenda through the draft Vision 2050, National Strategy for Transformation.

In line with the 2030 global agenda, Rwanda launched a seven-year government program in 2017: the National Strategy for Transformation (NST 1/2017-2024).
The NST1 promotes socio-economic transformation that includes marginalized groups like women and youths.

The program also emphasizes on improvement of standards and quality of life through the economic, social, and governance pillars.

The broadness of the 2030 global agenda and the NST1 provide comprehensive strategies to address the low socio-economic status of women and gender inequality.

Rwanda acknowledged gender inequality as a persistent factor that affects inclusive development and it was able to curb to an extent, some issues that affect women like Gender-Based Violence (GBV), unpaid care work, low socio-economic status of women, under-representation of women in leadership positions and gender corruption within the workplace, etc.

Namibia is the second African country that is on track to meet goal 5.

The country realized that women’s political participation and representation were central to equitable and sustainable development goals and as such in 2017, just two years after the SDGs were declared, the Ministry of Gender Equality and Child Welfare (MGECW) in Namibia went into partnership with International IDEA and convened a three-day dialogue session for political parties.

And it reinforced the ongoing effort at enhancing gender equality in politics and decision-making in line with the new global agenda of the Sustainable Development Goals-SDG 5 which seeks to ‘achieve gender equality and empower all women and girls.

Today, Namibia has made notable gains in enhancing women’s representation in the country’s National Assembly.

One of the notable achievements is the amendment to the constitution of the ruling party, Southwest Africa People`s Organization (SWAPO), requiring a “zebra list” quota system altering male and female candidates on the party list.

It ranks 17th globally and 3rd in Africa according to the World Economic Forum Global Gender Report.

Though the country has a well-known history of struggles with gender-based violence, it is doing well to achieve the gender equality goal.

The report also sees Burundi as the 4th African country to be doing well in achieving gender equality.

The country adopted a gender-based violence law and women’s participation in national and local decision-making has seen remarkable progress.

Under the 2030 Agenda for Sustainable Development, the Government of Burundi declared support for gender equality and women empowerment in development programs
It also pledged to continue to help ensure women and young girls do not experience discrimination.

Zambia is the 45th country in the world and 5th in Africa to be doing its best in achieving gender equality.

Zambia has a framework that guarantees equality between men and women.
Equality is recognized as a national principle and Women in leadership are put into consideration by their government.