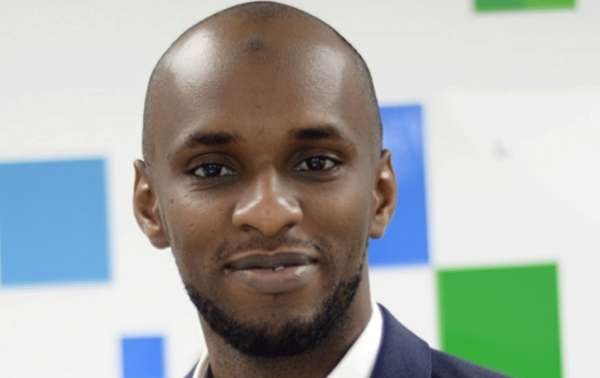 There are billionaires and there are silent billionaires. When billionaires are mentioned in Nigeria, the name Aliko Dangote, Femi Otedola, and Tony Elumelu among others easily come to mind.

A name you won’t hear often is Abdullahi Bashir Haske and that’s because he falls into the latter part- a silent billionaire. Although his attempt to keep a low profile has not been half as successful as his brilliant business methods and moves.

For those who are not familiar with Abdullahi Bashir Haske, he is a serial entrepreneur, private investor, and philanthropist. He is seen as one of Nigeria’s young brilliant minds whose involvement in different sectors has contributed immensely to launching the country towards economic sustainability.

Bashir was born in Yola, Adamawa State, Nigeria on the 13th of December 1987.
Bashir Haske is an alumnus of the University of Abuja, where he bagged a Diploma in Political Studies and an MBA in economics from Lagos Business School. He has gone ahead to get certifications in various professional and business courses both locally and globally, all of which have helped shape his business acumen and contributed to the extraordinary feats he’s been able to achieve over the years as a business magnate.

The result-driven and future-thinking lifestyle of Abdullahi Bashir Haske is quite phenomenal and enviable. He has risen to become the focal point of discussion in several industries across Nigeria and Africa at large.

Billionaires, it is said, aren’t made in a day. Haske started his business career in 2005 as a general contractor, offering services to various sectors of the Nigerian economy including oil and gas, construction, and public procurement. It was after he left that position he began his own business into a full-fledged conglomerate operating across several sectors of the Nigerian and African economies. In a few short years, he grew from being an ordinary contractor to one of the most recognized and wealthiest under the 40s on the block.

Haske sits as the Group Managing Director of AA & R Investment Group, a holding company with several subsidiaries with interests covering oil & gas, marine services, aviation, agriculture, information technology, and logistics services. He is a major player in the local and international economic space, as he serves as chairman of several other companies that are at the forefront of the key industrial revolution.

Another feather to Haske’s many caps is the creation of employment in the operations of a rice mill in Adamawa State and a cassava starch processing plant in Kwara State. The operations of these two establishments generate more jobs for Nigerians.

There is no better way of living than serving humanity. Indeed we have a selfless philanthropist in Haske.

Endowed with humility, Haske is a distinctive generous young man who uses the fruit of his hard work to make lives better for people. The young billionaire runs his philanthropic works through the Abdullahi Bashir Haske Foundation. The foundation is focused on public health, disease eradication, access to effective healthcare, and small business grants, its area of operations are north and north-central Nigeria where his humanitarian gesture among Muslims and Christians has given hope to many.

As much as he has been impacting quietly on the national economic level, Haske has also kept pace with his roots in Adamawa. At the peak of the COVID-19 lockdown in 2020, a total of 14,000 residents of the state from over 21 local governments benefitted from Haske’s philanthropy, as the foundation gave out palliatives to help lessen the effect of the pandemic on indigents.

He has received recognition for his work along this line and has been able to wipe away the tears of many indigents in different Local Governments in Nigeria, continually putting smiles on their faces, with several testimonies following.

Success is not judged only by what has been achieved but also by how it is perceived by others. His consistent works and contributions over the years have positioned him for several recognitions both locally and internationally among many others.

He was among the receivers of the Northern Nigeria Peace Award in 2022. In July 2020, Haske was awarded the Rising Star of The Year Award (Africa Energy Series) and Peace Achievers Awards in 2019. He was also honoured and installed as the Ciroma-Ganye, Chiefdom of Adamawa State after his father, Abdullahi Bashir Haske senior.

The talented young entrepreneur whose success is inspiring has faced his share of criticism. While some of his critics have attributed his success to high connections at the helm of the country’s political affairs, it is however argued that people only associate, promote, and recommend value. Some folks say this is putting the cart before the horse. They say all the ‘connect’, as they are called, came after Haske accomplished so much for himself.

While his flagship company, Etihad Oilfield was credited with finding oil in the Kolmani River area of Bauchi State, his acquisition of 51 per cent of the Addax oil bloc in March 2020 was named in a controversial possession.

It would be recalled that the Federal Government had revoked the four licenses of oil blocks OML 123, 124, 126, and 137 held by Addax Petroleum because it failed to carry out work on the licenses. The decision was overturned in April 2020 when it was determined that the transaction was illegal, citing his close relationship with the former Group Managing Director of the Nigeria National Petroleum Corporation, Maikanti Baru, and how the transaction was managed. However, in January 2022, the Federal Government reinstated the transaction citing the inability of Addax Petroleum to effectively service the oil fields in the best interest of Nigeria.

Haske’s shrewd business acumen and resilience have indeed been instrumental to his remarkable journey adorned by milestones and several firsts. He has shown his consistent entrepreneurial footprint and keeps acing the game. For one so young, such vision is rare indeed.

The ground-breaking results of his passion are proof that young people can make a generational impact and be legitimately successful when they set their hearts to create value. This explains why the 34-year-old is a newfound model for many Nigerian youths.

Abdullahi Bashir Haske’s involvement in different sectors has put him on the global map of young minds to watch out for.