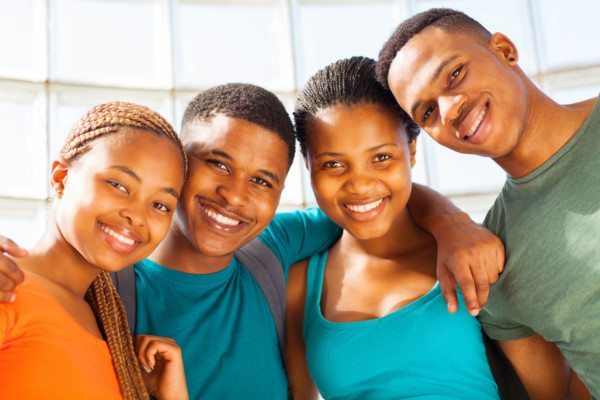 “Never has there been such weighty responsibility on the shoulders of young people. Never has there been the influence in the hands of young people like the influence they carry now. But for Africa to reap the dividends she has longed for, it is up to our generation to make sure that influence is channeled correctly and directed towards relevant issues that affect not only ourselves, but generations after us. This can only be achieved if we come together as young people and begin to address the challenges before us as a continent” Gerald Chirinda, executive director, Tipawa capital.

Recently, there has been a lot of focus on the role that youths can play towards securing the future of Africa businesses. Africa’s rapidly growing population has led to a massive youth bulge, with over 40 percent of the continent under the age of 15, and 20 percent between the ages of 15 and 24. The statistics present both risks and opportunities for future prosperity. On the risk side, the high unemployment rate and limited opportunities for youth create widespread dissatisfaction and, especially in countries with limited avenues for dissent, can serve as a recipe for social unrest. Absent progress in these areas, an immense pool of talent will be left to waste, at the expense of African businesses.

But on the opportunity side, if properly harnessed, Africa’s youth bulge can offer strong and energetic human capital with the potential to Africa businesses and foster a sustainable future for the continent. Many young, dynamic Africans are highly motivated to define a better path to prosperity; they are well-connected and well-placed to create new technologies to transform Africa’s economy from resource-reliant to service-driven.

There are many reasons for optimism; many youths are already making their mark.

Research have alluded that entrepreneurship is one of the drivers of sustainable economic growth, mainly because the new businesses that entrepreneurs create have the potential to drive and shape innovation, speed up structural changes in the economy, and introduce new competition – thereby contributing to productivity which majority of African businesses are in dire need of.

As recently as two decades ago, Africa was barely represented on the global business map due to its insignificant contribution to the global economy. All economic indicators pointed to a continent headed for a disaster. But gradually, Africa has begun to establish itself on the global stage as a hub for economic growth and business opportunities.

Still, the growing urgency for continent’s young population to take the lead in securing Africa business remains a serious challenge. The critical question is; how can Africa develop a cadre of homegrown entrepreneurs who will establish businesses, become competitive in the global market, and foster an all-inclusive growth in a sustainable way?

With an environment conducive to nurturing innovative ideas, developing skills and social networks, and improving access to financial capital, the youth cohort would be well-positioned to secure Africa businesses and advance Africa’s economic transformation agenda. Entrepreneurship, particularly when new businesses are set-up and run by young people will be a fundamental mechanism driving future prosperity across the continent.

Entrepreneurship is certainly not a new idea in Africa. For decades, Africans have set-up small-scale enterprises to support their families, make a profit and create menial jobs. From Cairo to Johannesburg and Dakar to Lagos, young people have demonstrated their creativity and ingenuity in creating businesses and establishing small- and medium-scale enterprises. Take for instance, Samuel Malinga, a 26-year-old Ugandan agricultural engineer who founded Sanitation Africa. The innovative company has developed a full-cycle sanitation system that begins with a locally manufactured low-cost hygienic modular latrine and ends with the conversion of sludge into cooking briquettes and agricultural manure. Another initiative, Tapera Bio Industries, launched by young Zambian entrepreneur Mutoba Ngoma, is involved in the production and promotion of biodiesel fuel and derivatives of vegetable oils.

Dropping into the digital revolution, young entrepreneurs in Africa are now developing a wide range of cutting-edge services and products that are transforming not only businesses in the continent but other fields like agriculture, health care and transportation. These services and products address everyday issues and have improved socio-economic conditions at both local and national levels with the continent.

The expansion in mobile phone connectivity is also proving to be a game changer for young entrepreneurs, facilitating the development of mobile apps and the emergence of business start-ups and tools to address germane societal needs, while also filling the employment gap. Africa has witnessed a tremendous rise in mobile phone usage in the past decade and a half, with approximately 70 percent of mobile users able to access internet via their phones. Between 2000 and 2010, mobile phone subscriptions increased at an average of 30 percent annually. In 2011, there were over 620 million mobile phone users in Africa, according to a survey by the Groupe Speciale Mobile Association. In the past 5 years, the annual growth rate of mobile phone use in Africa has increased by 65 percent, twice the global average. At the end of 2015, Africa recorded approximately 725 million mobile phone subscriptions with about 226 million of them smartphones.

In the agricultural sector, which accounts for approximately 32 percent of GDP in Africa, new mobile applications and market information systems offer fresh market tools for agro-business and so-called smart farming, which entails the application of affordable technology solutions for agriculture. Gradually, Africa has begun to establish itself on the global stage as a hub for economic growth and business opportunities.

In Ghana, one of the most successful companies is Farmerline, a mobile-based service company that makes uses voice-based messaging, SMS and Android platforms to collect data, share new farming techniques, and better link smallholder farmers to other actors along the agricultural value chain. Set up by a group of young Ghanaian entrepreneurs in 2013, the company provides vital market information on prices, weather and farming techniques to small-scale farmers to help them to increase productivity, adapt to climate variability, and negotiate good prices for their produce. Farmerline’s services also allow farmer-based organizations to conduct surveys to capture the impact of their interventions. Since its launch in, Farmerline has successfully reached over 200,000 small-scale farmers across four African countries.

Kenya is often touted as Africa’s Silicon Valley. From mobile-payment systems to innovative agricultural information tools, Kenya is already witnessing how young entrepreneurs are transforming its economy. Within the agricultural sector, many innovative products have been developed to provide services in different agricultural subsectors including seed choice, marketing products and livestock. One of Kenya’s most recent innovations is the award-winning Pawa-Farm, an innovative Virtual Agro-weather Advisory Platform that provides timely, relevant and usable weather and climate information to farmers. Data provided by this platform includes agronomic advisories modeled in line with the projected climate conditions to enable farmers to make informed decisions and improve farm-management practices under risky weather conditions.

Young African entrepreneurs have shown that they are the most fundamental component of the continents population; there are necessarily the backbone of a community who through their energy and passion brings out the dramatic alterations in every nation and the way it functions. The role of African youth is drastically changing, but so are some of the challenges we face. Africa’s youth bulge is an opportunity, but only if it is leveraged for all it has to offer. Instead of expecting youth to be recipients of the results of economic growth, Africa’s youth need to be in the driving seat, initiating and creating that growth and securing African businesses through entrepreneurship.