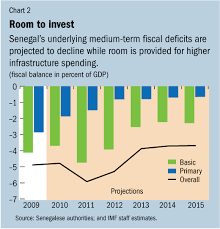 Senegal’s economic growth reached 6.5 percent in 2015 for the first time in more than a decade, the International Monetary Fund said recently, buoyed by the agriculture sector and the government’s two-year-old economic plan.
The country is considered to be one of the most stable democracies in West Africa but its economic growth has lagged behind the continent as a whole for much of the last 10 years.
Government launched a plan in early 2014 intended to spur GDP growth and boost development.
The programme aims for 7.1 percent growth every year until 2018, but the IMF predicted 6.5 percent growth this year.
“Macroeconomic performance during 2015 has been strong, with growth of 6.5 percent for the first time over the last 12 years,” Ali Mansoor, a senior IMF official, said in a statement.
“This reflects in particular the initiation of the Plan Senegal Emergent (PSE)-related projects and the buoyant performance in agriculture thanks to good weather and higher productivity in the sector,” he added, referring to the Emerging Senegal Plan by its name in French.
The IMF said the plan’s implementation had been satisfactory although some reforms had yet to be put in place, including some that will help struggling businesses and ensure government financing is limited to projects that are well-prepared.
With reforms and sound economic policies, Senegal could sustain current levels of growth to 2035, the IMF said.