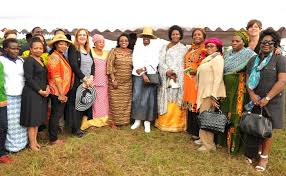 The Bunyoro Kitara Kingdom has recently asked government to initiate affirmative action programmes for women whose livelihoods have been disrupted by oil exploration activities in the oil-rich Albertine Grabben.
While speaking in Hoima Town at the launch of a research report released by the National Association of Professional Environmentalists (NAPE), a non- governmental organisation, which focuses on environmental governance, the kingdom’s Health Minister Ms Catherine Joy Byenkya, stated that the cultural institution has received numerous concerns from women that they have been sidelined in job recruitment and business opportunities in the petroleum industry.
Under the affirmative action, Ms Byenkya asked for a women empowerment fund that would enable women to access training and financial services to tap into opportunities in the oil industry.
According to the NAPE gender officer, Ms Sostine Namanya, the women-led research titled “The negative impacts of oil on women’s rights, land and food sovereignty in Uganda’s oil region” was conducted in October last year and it documented the impact of oil on local communities in Hoima and Buliisa districts.
Ms Byenkya said oil exploration activities and the desire to secure land for attendant oil facilities have resulted in displacement of hundreds of families, loss of farmland and water sources which has caused food insecurity in various homes.
She asked oil firms and government to safeguard families and preserve their livelihoods so that communities hosting oil operations co-exist with the petroleum industry.
Ms Byenkya, who is also a gender activist, said some families have split after receiving cash compensations from oil firms and contractors. The spouses reportedly disagree among themselves and other family members over sharing of compensation money.
Ms Margret Kagole Byarufu, a councillor-elect from Kigwera Sub-county in Buliisa District, testified how her relatives disagreed over compensation money they received after Tullow Oil rented the family land in Muvule village to set up a camp.
“When we received the annual rent of over Shs100 million, the women who are part of the family were denied any share on the money. We protested and sought the intervention of lawyers. That is when some of us got about Shs 200,000 each as the male family members shared out millions each,” Ms Byarufu said.