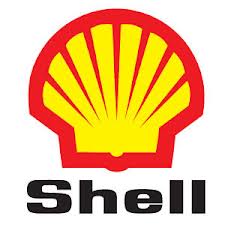 Nigerian unit of Royal Dutch company, Shell has placed on sale four onshore oil blocks in the market for an estimated $2 billion, as its production becomes plagued by incessant thefts and community issues stemming from oil spillages.

According to a Reuters report, the sale represent one of a series of dramatic retreat by the international oil and gas majors from the core of Nigeria’s oil industry especially in the Niger Delta region.

Shell, which has been producing oil in Nigeria since 1958, said that in September alone, it had had to repeatedly interrupt exports from the terminal, because of damage to its pipelines, saying that the sales were part of a strategic review of its eastern delta assets.

Commenting on the proposed sale, Shell Nigeria spokesman Precious Okolobo said: “the review is ongoing and therefore we are not in a position to confirm yet.”

“Nigeria remains an important part of Shell’s portfolio, where we will continue to have a significant onshore presence in oil and gas,” he added in an emailed response to Reuters.

In a related development, speculations have also emerged that the producer would also sell the Nembe Creek Trunk Line, a key oil transport artery, which the company has had to shut repeatedly this year, after attacks by thieves.

Experts in the industry say that these sales represent the latest moves by oil and gas majors to reduce their commitment to onshore Nigeria, in the face of security concerns, and long delays to a government bill setting out terms for new exploration.

While United States-based Chevron Corp. is considering bids this week from prospective buyers of three oil blocks in the delta.

ConocoPhillips has also agreed with Oando, a local company, to sell off its Nigerian operations for $1.8bn last.