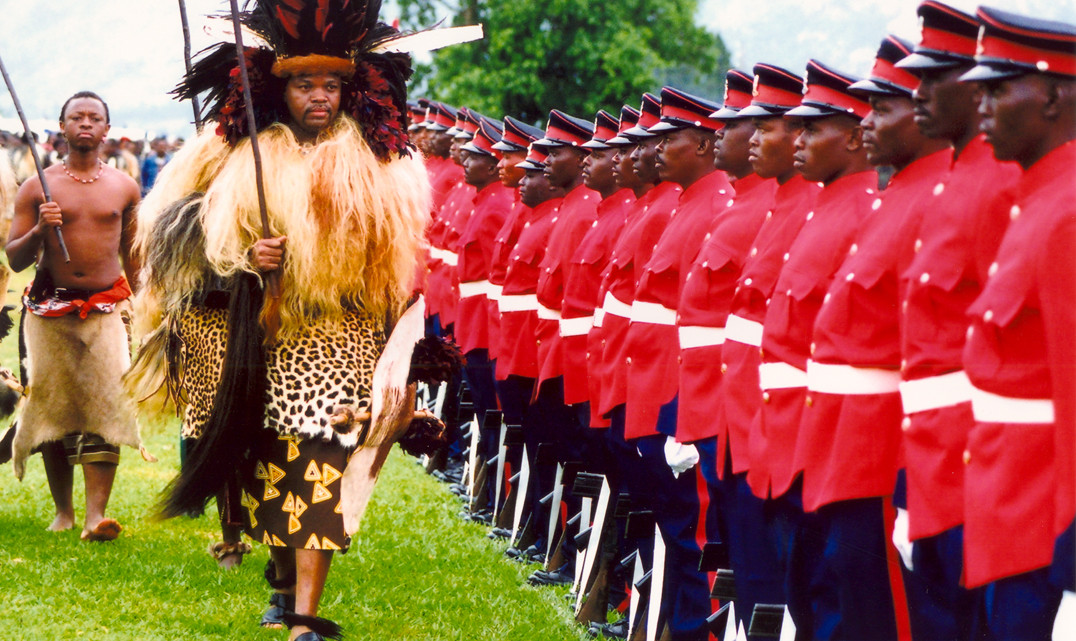 Some wear hats while some carry sticks. Some preferred suits while some flaunted the elegance of ethnic wear. Whatever their tastes, we know them as our leaders and, whether we love or loathe them, we know their signs, their trademarks as African makers.

THE MEN IN HATS

The distance between the South Sudan capital of Juba and Texas in the United States is an intimidating 13,000km. Why is that important? It actually isn’t. However, if you are the President of the world’s youngest country, it may be useful to consider which way the wind is blowing so as to hold on to your hat.

President Salva Kiir strikes an imposing and somewhat peculiar sight in his suits, large crop of beard and, like clockwork, a wide-brimmed Stetson. Rumour has it that he received his first one as a gift from the then  Commander-In-Chief of the USA’s armed forces, George W. Bush, during his visit to the White House. He was apparently so taken by the cowboy-esque headgear that he ordered enough to fill up his closet.

Goodluck Ebele Jonathan, unlike the other men of many hats on this list, tended to combine his hat with his signature Ijaw regalia instead of the tailored suits that he occasionally wore.

He governed Nigeria for almost exactly five years. Even though his tenure presided over a government besieged by malfeasance and the ubiquitous rise of the impish Boko Haram, he never seemed to lose his cool – or his hat – even from the strongest gusts of opposition.

For Uganda’s President Yoweri Museveni, form strictly follows function – as is evident in the wide-brimmed canvas hats he’s impartial to. The brash colour and fabric strike a somewhat comical departure from the refined lustre of his dark, often pinstriped suits.

Only a man with the global endearment and political clout of Nelson Rholihlahla Mandela could visit with Queen Elizabeth dressed in a bright gold shirt with no blazer. As if that wasn’t enough, he proceeded to address the queen of South Africa’s colonial masters by her first name.

The Madiba Shirt is a metaphor for the late statesman’s disarming nature and stubborn charm.

As the only female leader on this list, President Sirleaf governs a country still reeling from the savagery of civil war that incinerated much of the country and claimed over 500,000 lives.

Since assuming office in 2006, she has forged an image of herself in regal Afrocentric clothing from many different regions. Her ensembles usually consist of floral-print tunics, a matching scarf and majestically embellished headwraps.

Former President Olusegun Obasanjo of Nigeria seems to have undergone a drastic change in his tastes of cloth between the end of his first tenure as head of state (1976-1979) and his last (1999-2007).

In the former, he displayed partiality to military-style outfits complete with a khaki suit, cap, epaulettes and badges. Nowadays, you’re more likely to see him in a full-length agbada, one of the Yoruba people’s beautiful garments.

In addition to his usually white robes, President Yahya Jammeh usually carries with him an edition of the Quran, prayer beads and a walking stick with a carved shaft.

One of Africa’s more controversial leaders, Jammeh is known for his outspoken opposition to homosexuality and his unsubstantiated claims of being able to heal people from AIDS.

Just next to South Africa, lies Swaziland, Africa’s last absolute monarchy where the king is above the law. On this list, King Mswati III is the only leader who ascension to power is by virtue of his birth right alone – something which has come to be harshly opposed by a growing number of Swazi citizens.

His majesty rarely makes a public appearance in a Western suits. Chances are, the king will be spotted in a printed Swazi wrap (lihiya), sandals and a ceremonial sceptre. On special occasions, however, the king will show off his special brand of royal resplendence by donning a crown of feathers and quills.

Jomo Kenyatta, the man considered to be the father of Kenya as we know it, was the quintessential image of the African patriarch. His regal, grey beard was often accompanied by a kofia (as it’s called in east Africa) which he wore on his head. He was also often photographed brandishing a fly-which, a symbol of authority in Maasai society.

His son Uhuru, the current president of Kenya, seems to have not inherited his father’s tastes.

The consistency between former Libyan leader Muammar Gaddafi’s personality and choice in clothing could be summarised with one word: BOLD.

The ‘Brother Leader’ who has become a hero to many an African refused to be anyone’s lapdog and the bright palettes of his silky ensembles amidst a muted background of suits spoke volumes about who this man was and his vision.

Robert Gabriel Mugabe’s often well-informed choices in suits has alternated with colourful Zanu PF shirts over the years. But his clothing is not so much the reason for his inclusion here as much as his facial hair.

A long time nemesis of the foreign press, Mugabe’s toothbrush moustache has irked many with its Hitler-esque innuendo. Despite this, the strip of hair has made a consistent appearance on his face and has grown to be, like the man himself, a symbol of defiance.

Former South African president Thabo Mbeki picked up more than a Masters degree in economics from his time spent in the United Kingdom. He reportedly acquired a sophisticated taste in Scotch and a sooty pipe tobacco habit.

Quite befitting of the academic ‘English gent’ vibes he exuded in tweed suits and quoting Shakespearean verses in his speeches.

Source: This is Africa