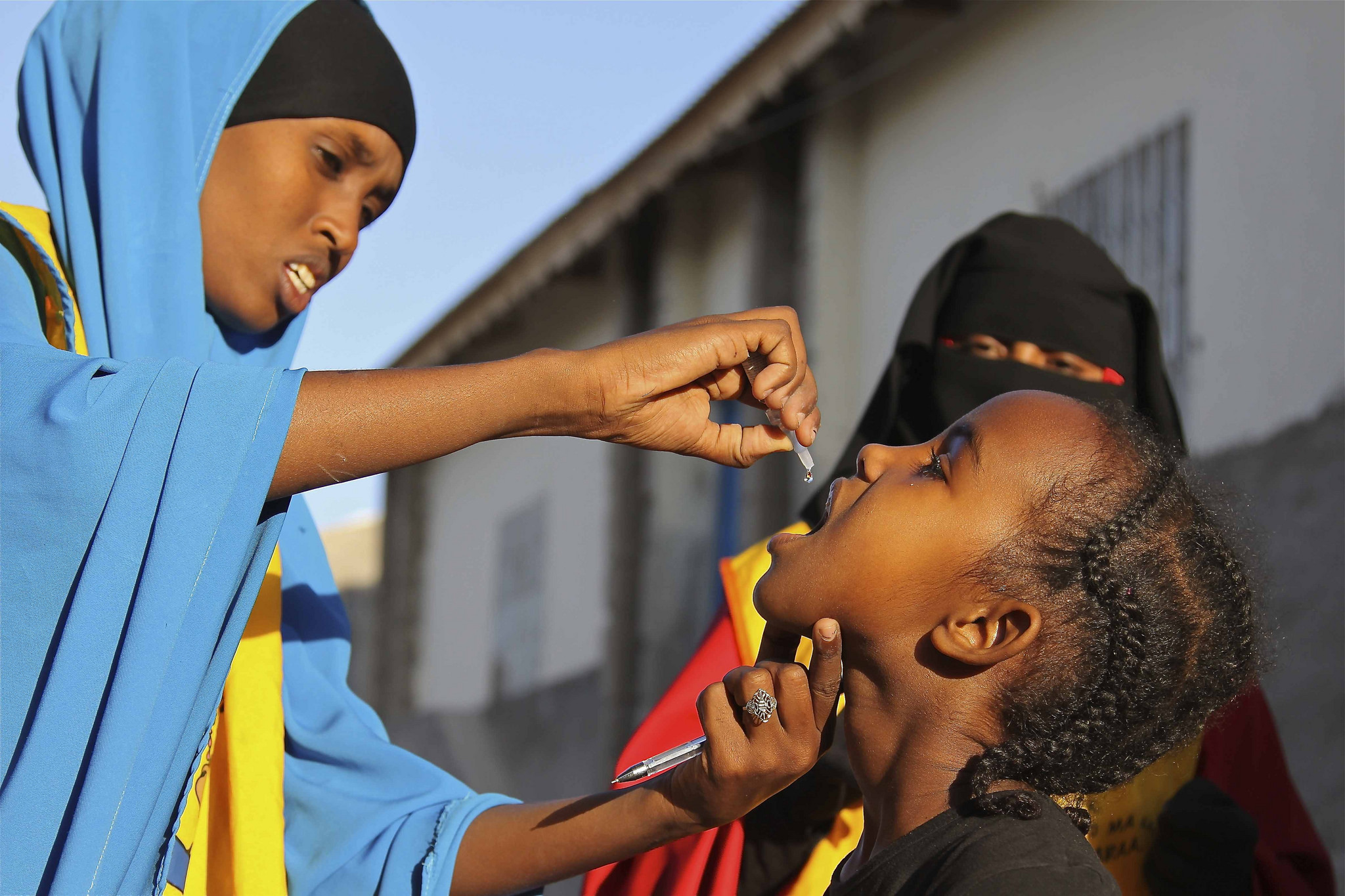 Health officials in Somalia supported by UN Children’s Fund and WHO has begun a new round of polio vaccine targeting thousands of children. This campaign comes just fours months after World Health Organization declared the East African nation polio-free – after it recorded no polio cases since 2014.

According to the UN, conflict and insecurity in South and Central Somalia especially has continued to hinder access to children during polio immunization campaigns in 2017, with about 240,000 children under five years of age reported as not accessible for more than a year.

The Horn of Africa nation has been polio-free since August 2014, when the last case of polio was reported from Hobyo district of Mudug region.The declaration by WHO two years ago keeps Somalia outside the last group of countries which still record cased polio in the world. WHO has however warned Somalia remains at risk of importation of the virus from these countries.