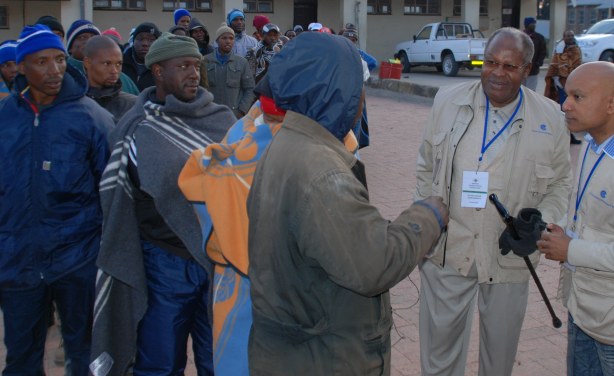 The Department of International Relations and Cooperation (Dirco) has warned the military in Lesotho that South Africa, the Southern African Development Community (SADC) and the African Union (AU) will not tolerate the unconstitutional take-over of the neighbouring mountain kingdom.

On Saturday, the Lesotho Defence Force took over the radio and TV stations, resulting in a total black out in broadcast. The army had also taken over several police stations, including the police headquarters.

The incidents have also forced Lesotho Prime Minister Tom Thabane and one of the leaders in the Coalition Government, Thesile Maseribane, to go into hiding.

“Although no one has claimed to have taken over the Government through the use of force, by all accounts, the activities of the Lesotho Defence Force thus far bear the hallmarks of a coup d’état,” says the department in a statement.

Although Monyela said the situation is “worrying”, he said South Africa will not be sending troops.

Rather, he said, diplomacy should be given a chance through peaceful talks.

“Our interest is to see the situation resolved through peaceful means.”

He further called on the Commander of the Lesotho Defence Force to order the army to return to their barracks and allow the democratically elected government of the kingdom to carry on with its business.

“The South African Government encourages the leaders of the Coalition Government to work together and implement the Namibia Declaration which was presented at the recent Victoria Falls SADC Summit.”

Lesotho has seen a series of military coups since independence in 1966. Tensions have besieged the small mountainous kingdom since early last year.

This after coalition partners had been angered by Prime Minister Thabane’s perceived aloofness, accusing him of operating unilaterally, without consulting other partners.

This prompted a junior coalition partner, the Lesotho Congress for Democracy, which vowed to forge a new governing alliance to oust the Prime Minister.

In response, the premier suspended parliament in June with the blessing of the king – allowing him to dodge a vote of no confidence.

Thabane has denied accusations that his actions had undermined his government.

Monyela said South African will remain committed to assisting the leaders of the coalition government to find a lasting political solution to their current challenges.

Lesotho – being entirely surrounded by South Africa – makes it extremely difficult to separate the fortunes of one from the other. Poverty is deep and widespread, with South Africa providing employment to thousands of Basotho.

It also means that Lesotho’s stability is imperative to South Africa. South Africa has on several occasions intervened in Lesotho’s politics, including in 1998 when it sent its troops to help quell unrest.

He did however advise people wishing to travel to Lesotho to consider the current situation.

South Africa will continue to closely monitor the situation and will consult with SADC countries and the AU Commission.