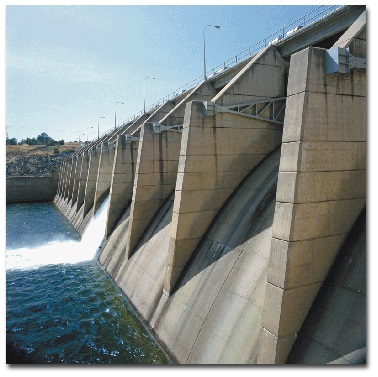 South Africa and the Democratic Republic of Congo (DRC) have signed a treaty for the construction of the Grand Inga Hydro-electric Power Project, which is expected to become the biggest in the world, generating enough electricity to power half of Africa’s needs.

President Jacob Zuma, who made the announcement while addressing the Parliament of the DRC in Kinshasa Tuesday, said the treaty was a major step towards the realisation of the long cherished dream of the people of the DRC.

“It is with great pleasure that an important treaty on the Grand Inga Hydro-power Project has been signed this morning. This long talked about project has got the potential to change the economic prospects of the DRC, the region and the continent,” said Zuma, who is on an official visit to the DRC.

“I must convey how particularly pleased and excited I am by the progress taking place towards the realisation of the Grand Inga Hydro-power Project. This incredible feat of human ingenuity, when completed, will have the capacity to power Africa and indeed to export electricity beyond the continent.”

The government of the DRC is seeking to harness the power potential of the Congo River by building Grand Inga, the biggest hydro-electric project ever built which would use the potential of sub-Saharan Africa’s greatest river.

“South Africa is extremely proud to be working so closely with the DRC in realising this accomplishment. This represents one of the most ambitious projects ever undertaken on the African continent, and one which will long be a resounding symbol of the rise of Africa and her people,” Zuma said.

Zuma also said South Africa was ready to share its experiences and lend expertise where possible, in assisting the DRC to further strengthen and deepen its democracy as well as to further entrench its impressive commitment to human rights.He added that South Africa stood in solidarity with the DRC, in overcoming the serious challenge.

While it remains South Africa’s strongly held position that conflict should be resolved through negotiated, political solutions, Zuma commended the government of the DRC on its efforts in the Kampala talks aimed at ending the conflict.

“Together, we united in sending the message that for too long have the people of the DRC endured the incalculable suffering as a result of recurrent cycles of conflict. Enough is enough,” he added.

“The time for peace is now and to those who would challenge this for their own self-interests. We stand firm in the message that your time is now up, lay down your arms, as no longer will the misery you inflict be tolerated.”