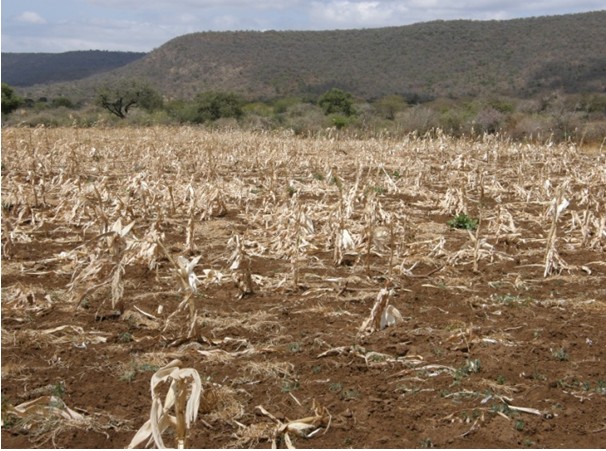 The Department of Agriculture, Forestry and Fisheries says just over 42, 000 farmers have been assisted with drought relief measures in areas that were impacted by water shortages.
Maphaka Tau, the Deputy Director General of Forestry and Natural Resources Management at the department, said this when he briefed the joint Portfolio Committee on Water and Sanitation, Environmental Affairs, Cooperative Governance and Traditional Affairs, Agriculture, Forestry and Fisheries and Human Settlements at the Good Hope Chamber in Parliament, on Wednesday.
In terms of the reported impact on livestock, a total of 246 631 farmers have been affected across eight provinces, Tau said. There was no report from the Western Cape.
“… About 42 000 farmers have been assisted. In terms of livestock mortality, it is about 186 000 (animals),” he said.
Of the 246 631 small, medium and large scale farmers that have been affected by the drought, 153 000 come from KwaZulu-Natal, followed by the Eastern Cape (39 888), North West (19 430), Limpopo (14 128), Mpumalanga (10 670), Free State (6 164), Northern Cape (1 851) and Gauteng (1 500).
The three provinces that were most hit by livestock losses include Eastern Cape (113 827 farmers), KwaZulu-Natal (35 731) and Mpumalanga (27 122).
To date, of the total number of farmers that have been assisted, 12 945 are from the North West, 10 670 from Mpumalanga, while 6 689 are from the Eastern Cape.
Approximately 89 boreholes have been drilled in some of the provinces, while 29 of those are still dry.
The briefing comes after government’s announcement of a R1 billion package that has been set aside to assist with drought relief efforts.
Drought impacts negatively on maize production
With the drought expected to impact on the cost of food, the Deputy Director General said maize production was projected to be less than the previous years.
Collectively, the Agriculture, Forestry and Fisheries sector contributes over R70 billion to the South African economy.
“The drought has had an effect, from the agriculture point of view, on the primary production level, the processing, marketing and of course trade. We have a committee that releases reports on a monthly basis called the Crop Estimates Committee. According to the current report, the country may be able to produce 7.4 million tons of both white and yellow maize. The 7.4 million tons that is being produced is less than the amount that we normally produce annually,” Tau said.
The report also states that the total maize crop produced in 2015 amounted to 9.995 million tons, which was 30% less than the 2014 maize crop.
The 7.4 million tons maize crop that has been predicted for 2016 is 25% less than the 2015 production.
Tau said the department was issuing monthly advisories to the farming communities and advocacy of early warning information in addressing risk reduction within the sector is very important.
He also said that as is the case with disaster risk management, drought relief and recovery is everybody’s business and its successes depends on collective efforts.
The role of the private sector and NGOs such as Operation Hydrate is acknowledged and remains critical in ensuring effective relief and long-term recovery, said Tau.