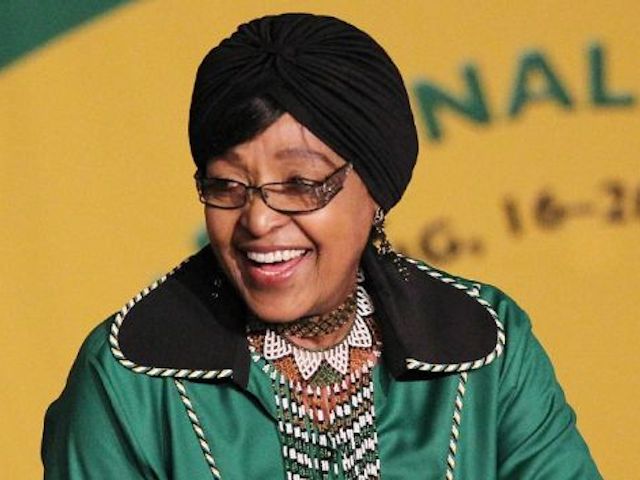 In honour of late Winnie Madikizela-Mandela, ex-wife of South African hero and first black president, Nelson Mandela, the government has declared a state funeral on the 14 April 2018 as she is being laid to rest.

“Freedom fighter, Winnie Nomzamo Madikizela-Mandela will be laid to rest on 14 April 2018 during a state funeral,” a government statement read.

“Mother of the Nation” as she was fondly called due to her remarkable and unforgettable role in fighting apartheid in South Africa, Winnie, passed away on Monday, April 2, at the Netcare Milpark Hospital in Johannesburg.

According to a family member of the deceased, “She died after a long illness, for which she had been in and out of hospital since the start of the year.”

“She succumbed peacefully in the early hours of Monday afternoon surrounded by her family and loved ones.”

Her death remains a shock to many including world leaders who have been expressing their sadness and grief to the unpleasant news.

The Nigerian President, Muhammadu Buhari says Africa has lost a courageous woman who was and will always be a source of pride for all Africans.

“She was a woman of uncommon determination, steadfastness and perseverance who held aloft the torch of the struggle against institutionalised discrimination even while her ex-husband, the late Madiba, President Nelson Mandela was incarcerated… she remained a pride not only to the African women, but indeed all Africans,” Buhari said.

The African Union commission head Moussa Faki Mahama described Mama Winnie as a fearless campaigner who will be dearly missed.

After visiting the family on Monday to pay his condolence visit, The South African president Cyril Ramaphosa announced the state funeral.

“At a national government level, we have declared that Winnie Mandela will have a national official funeral. We would like to express our gratitude and our thanks to the many across the country and the world who are wishing us well,” said President Ramaphosa, who stressed that Madikizela-Mandela had left behind a huge legacy.

“As we say in African culture, [she was] a tree that provided shade for the people of South Africa, for the people who were in the struggle who used to run under this tree for refuge and security. We are sad that this tree has finally fallen,” the president added.

Ahead of the funeral, an official memorial service of Madikizela-Mandela will take place on 11 April 2018, all in honour of the great woman activist.