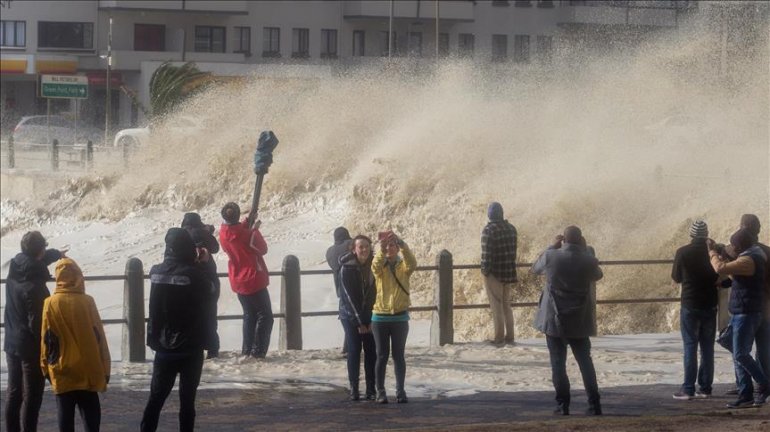 The proposed deadly storm which forecasts had shown to take place in Cape Town has finally hit the city in a dangerous manner. A report has shown that eight people are already dead and thousands have been displaced following the outbreak of the storm. Cape Town is currently in total disarray as the storm intensifies.

Earlier, the authorities warned the people to stay off the road and remain indoors. Presently, all Schools have been forced to close down and some main roads have been blocked preventing the movement of people.

As the storm increased, some pipelines got drowned, and lightning following the storm fanned fires and raised roofs of some houses in places like Kalkfontein and Mfuleni forcing its residents to abandon their homes in search of safety.

The South African Weather Service reported that the severe weather condition that has enveloped the city and caused landfall is likely to continue with intensity and severe landfall.

However, the army, police and other emergency services have been on a stand-by helping people evacuate to a safer place where shelter and food are provided to them.