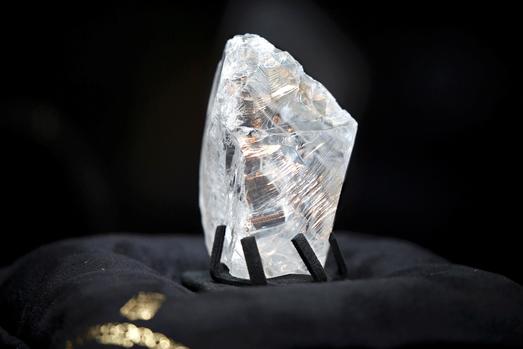 The Deputy Minister of Trade and Industry, Mr Bulelani Magwanishe and the MEC for Economic Development, Environmental Affairs and Tourism (DEDEAT) in Eastern Cape, Oscar Mabuyane have welcomed the R502 million investment into the East London Industrial Development Zone (ELIDZ) announced by two local investors, Meek Mines South Africa and Nulatex Condoms South Africa, which the Chief Executive Officer of the ELIDZ, Mr Simphiwe Kondlo said it would create 450 jobs for the locals.

Meek, which cuts and polish diamonds mined in Africa for supply to both the domestic and foreign markets, will be investing R423 million. The company has taken over an existing facility within the ELIDZ section which includes diamond cutting and beneficiation. Meek plans to create 150 jobs over a five-year period beginning in 2019.

Nulatex, a pharmaceutical company which will be manufacturing male and female condoms and other latex products from a facility in the IDZ, is investing R79 million and plans to create 300 direct jobs beginning 2019.

This first investor in the ELIDZ’s pharmaceutical cluster, has already signed an off-take agreement with the provincial Department of Health for the supply of their latex products.

Magwanishe said a success story emanating from this initiative is the empowerment of people, through employment, access to the opportunities and skills development.

“the dti, through the SEZ Fund, has funded the IDZ with R568 million for the development of Phase 1. This will go towards the expansion of the Automotive Supplier Park,” said Magwanishe.

Mabuyane said it would contribute greatly to the growth of the provincial economy.

“We are excited about this investment which contributes to the job creation priorities of the province indicated in the provincial economic development plan and investment promotion strategy. We are pleased as the province that 450 people from our province will no longer be counted amongst the unemployed. They will be able to participate fully in the economy and realise their dreams,” said Mabuyane.

“Beyond the number of jobs to be created, there will be value-chain opportunities for local small businesses that will also bring money into the provincial economy,” added Kondlo.