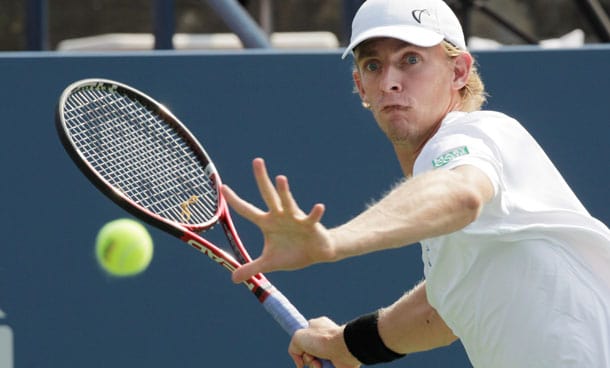 South Africa’s Kevin Anderson shocked the world of tennis by defeating Roger Federer- a great tennis icon. This surprise was the first time Federer had been broken since losing his first service game in last year’s semi-final to Tomas Berdych – a run of 85 held service games.

According to Kevin, “Down two sets to love I just tried my best to keep fighting and scraped through the third and fourth set. By the end I thought I did a great job. Beating Roger Federer at Wimbledon is one I will remember.”

The lesser-spotted break then became a pair, Anderson breaking again in the third set to set up a more seismic shock as Federer dropped his first set in 35. Like the cliché about the London buses that trundle past the Grounds – you wait forever for one, then three come along together – a third break followed enabling Anderson to level at 2-2.

If Federer had been discomfited by leaving his Centre Court home to the still august, but less familiar environs of No1 Court, it did not show initially. Instead it was Anderson who began slowly, dropping the first service game of the match. The No.1 seed took full advantage taking the opening set in 26 minutes.

Kevin Anderson put up more resistance in the second set, which lasted twice as long, but when Federer took the tie-break the prospect of an upset receded into the distance.

However, Anderson, playing his first Wimbledon semi-final at the age of 32, was intent on giving it his all. Having saved a match point when serving to stay in at 4-5 he broke Federer to take a 6-5 advantage and serve for the set. Such lèse majesté could not be tolerated and Federer rattled into a 40-love lead on Anderson’s serve. But Anderson, the rebel, then strung five points together to take the set.

This was Federer’s first foray into a fourth set at Wimbledon since Milos Raonic beat him in five sets in the 2016 semi-final, and his first anywhere since beating Marin Cilic in the Australian Open final in January. Anderson broke in the ninth game and, despite Federer having a point to break back, served out.

Federer’s immediate response was to take a comfort break. It was time to regroup. The fifth set went on serve, though Federer went from love-40 to break point in the eighth only for Anderson to respond again. The quality of the tennis, as the stakes rose and the tie went into the fourth hour, seems to increase with Anderson playing one of the games of his life. The 2017 US Open runner-up had an 0-4 record against Federer, but refused to be cowed.

With Raonic and John Isner to follow a few spectators became concerned about missing some football match that was on later, but Federer and Anderson just kept on keeping on.