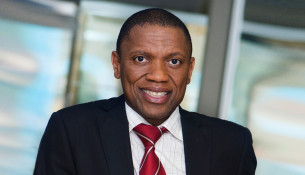 JSE-listed life insurance firm, Liberty Holdings has appointedThabo Dloti as CEO, making him the first black head of the company.

Dloti, who is the current CEO of fund manager Stanlib, was overlooked a couple of years back for the position of CEO of Old Mutual SA, Africa’s leading insurance firm.

However, the Old Mutual board hired Kuseni Dlamini, a black manager who did not have experience in the management of insurance firms. Dlamini had been CEO of mining giant, Anglo American South Africa before this appointment.

He joined Liberty about three years ago to lead its institutional businesses comprising STANLIB, Corporate and Properties.

Dloti succeeds Bruce Hemphil, who has been seconded to a broader executive position at Standard Bank Group, which is major shareholder in Liberty.

Saki Macozoma, the billionaire chairman of Liberty Holdings, said Hemphil left Liberty in a strong position with the 2013 financial results being the best in the past decade.

Macozoma said he was confident Dloti will continue where Hemphil left off, making the company a market leader