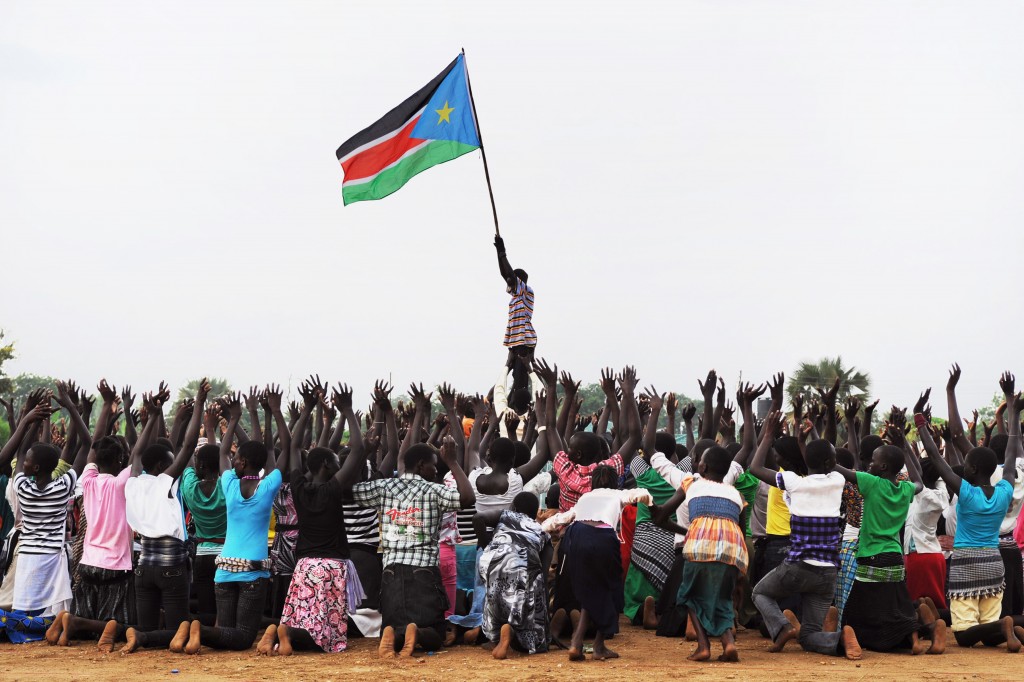 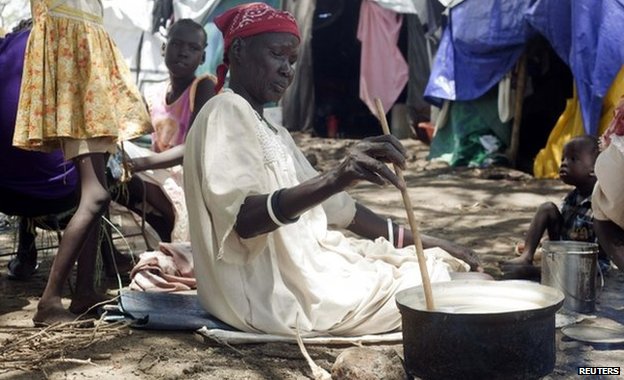 The conflict in South Sudan has left people with little access to food
Donors including the US and the UK have pledged more than $600m (£360m; 440m euros) in aid to South Sudan at a conference in Norway.

The sum raised will go towards the target of $1.8bn the UN says is needed to help millions facing starvation.

UN humanitarian chief Valerie Amos says it is still possible to prevent a famine in the conflict-torn country.

More than a million people have fled their homes since fighting erupted in December.

Thousands have now died in the crisis that started as a political dispute between President Salva Kiir and his sacked deputy Riek Machar, but escalated into ethnic violence.

The conflict has left people unable to farm and with little access to food, aid experts say. 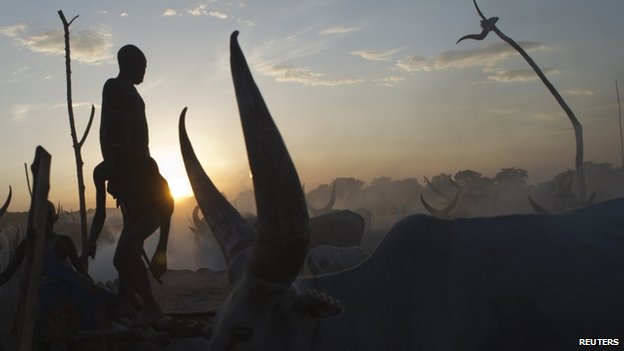 The violence has forced people to abandon their livestock

Nearly four million people in South Sudan are now at risk of serious food insecurity, according to the UN.

The UN’s humanitarian co-ordinator, Valerie Amos, said there was still “a small window of opportunity” to avert a famine before the rainy season begins.

“The important thing is to be able to get seeds and so on to people who are in desperate need… so that they are able to plant,” Ms Amos said.

The new aid announced at the donors’ conference in Oslo on Tuesday included $100m from the UK government, nearly $300m from the US and $75m from the EU.

The sum of $600m will be added to $536m already pledged – but that is still only two-thirds of the way to the UN target.

Earlier this week President Kiir told the BBC his country faced “one of worst famines ever” unless the current conflict is ended.

Mr Kiir has postponed presidential elections due next year to give government and rebel forces more time to achieve reconciliation.

The United Nations has accused both sides of crimes against humanity, including mass killings and gang-rape, and threatened sanctions against those responsible for the violence.

The unrest has assumed ethnic overtones, with Mr Machar relying heavily on fighters from his Nuer ethnic group and Mr Kiir from his Dinka community.

The UN says hundreds of non-Nuers were killed in Bentiu last month when rebel forces captured the town.

South Sudan is the world’s newest state, becoming independent in 2011 after seceding from Sudan.