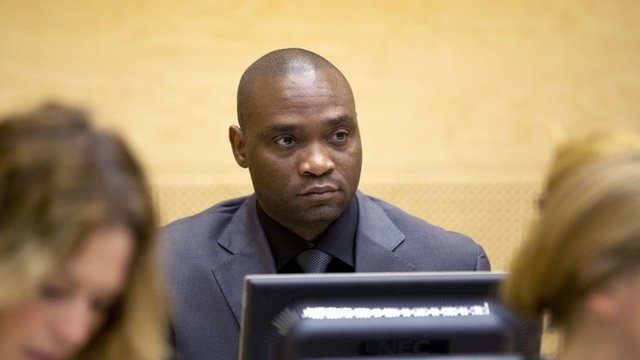 Katanga was found guilty in March, only the second person to be convicted by the Netherlands-based court.

He was behind the 2003 massacre of hundreds of villagers in the north-east of the Democratic Republic of Congo.

The fighting escalated into an inter-ethnic conflict that is estimated to have killed 50,000 people.

In a statement read out to the court in The Hague, presiding Judge Bruno Cotte said that the more than six years the 36-year-old former militia leader had spent in ICC custody would be taken into account.

The chamber said that he would not be asked to pay a fine.

Known to his supporters as Simba, or “the lion”, Katanga was found guilty of planning the ambush on the village of Bogoro in gold-rich Ituri province.

“The scars of the fighting that occurred that day are still be seen today,” Judge Cotte said.

Katanga was also found to have procured the weapons – including guns and machetes – used to kill more than 200 of the villagers, but he was acquitted of direct involvement.

As a militia commander, he had the support of the Lendu ethnic group in the region and his fighters targeted villagers from the Hema ethnic group, some of whom were killed as they slept.

The use of machetes in the attack was “particularly cruel and caused extreme suffering”, the AFP news agency quotes the judge as saying. 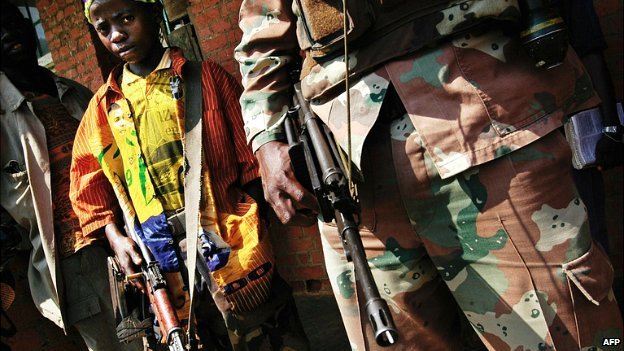 The rebel leader, who was 24 at the time the crimes took place, was also cleared of using child soldiers and of committing sexual crimes.

The evidence proved that women who survived the massacre had been raped or kept as sex slaves but the judges did not find enough proof to convict Katanga of carrying out these crimes.

After the end of the Ituri conflict, peace deals were signed and Katanga was given a position in the Congolese army.

Judge Cotte said Katanga’s role in helping with the demobilisation of child soldiers at the time was taken into consideration by the chamber in handing down its sentence.

The judges also noted his age at the time, that he had a young family, including six children, and he had shown willingness to change, he said.

A year after joining the military, Katanga was imprisoned for bad behaviour and was still in jail when the ICC issued its arrest warrant for him.

His is one of the longest-running cases at the ICC.

In July 2012, Thomas Lubanga, a rival militia leader in Ituri, was sentenced to 14 years in jail by the ICC for recruiting and using child soldiers.