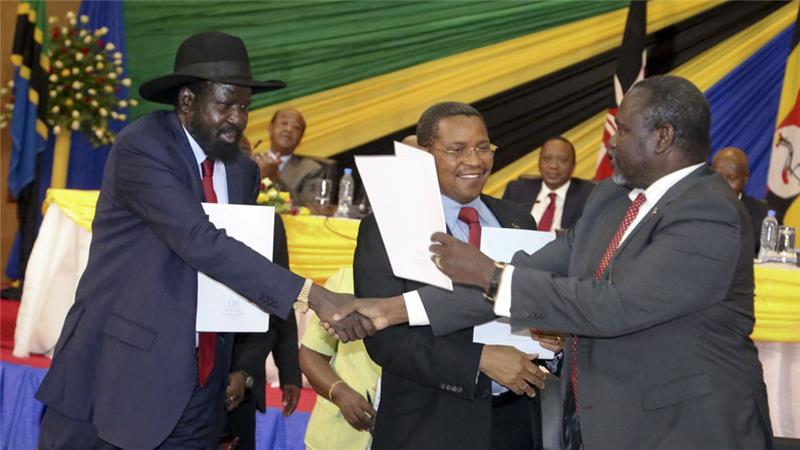 The deputy chief of South Sudan’s rebels has returned to the capital, Juba, as part of a peace deal. The main opposition leader, Riek Machar, is also expected to return to the capital to work out a unity government.

South Sudan’s rebel deputy chief returned to Juba as part of the peace deal signed in August 2015, despite repeated ceasefire violations by both sides.

Alfred Ladu Gore, a former general and minister, spoke about peace upon arrival, saying he: “came here to proclaim peace and I have come to reaffirm that peace will not be reversed.”

“We have resolved to be together and to continue with our effort to rebuild this country. It is very important that this country must occupy its place among the free nations of the world,” Gore said.

Gore meanwhile also condemned the arrest of 16 supporters who had been mobilizing people to welcome him back.

“Peace means freedom to express your mind, to gather together even if it means you disagree,” he said.

Meanwhile, rebel chief Riek Machar, who was named vice-president in February, was due to arrive in Juba next week. Machar announced that he would come to Juba on April 18 to form a unity government with President Salva Kiir.

Machar has reportedly returned to the country after more than two years but was staying at the rebel military headquarters in the eastern town of Pagak for the time being. Machar had announced his return more than six weeks ago.

The arrival of the rebel leaders, Machar in particular, had been considered to be a major step forward, despite the fact that the practical implementation of the peace deal will still require a lot of work.

Tensions remain high in South Sudan, with the rebels accusing the army of boosting its troops in the capital, which should largely be a demilitarized zone within a 25 kilometer (15 mile) radius. The army denies the claims.

The US State Department commented on the unfolding events in the country, saying that there could be “no military solution to the conflicts in South Sudan.”

“We call on all parties to fulfil their commitments to implement the provisions of the peace agreement in full,” the statement read.

Conflict broke out in South Sudan in December 2013 when President Kiir accused his former deputy Riek Machar of planning a coup.