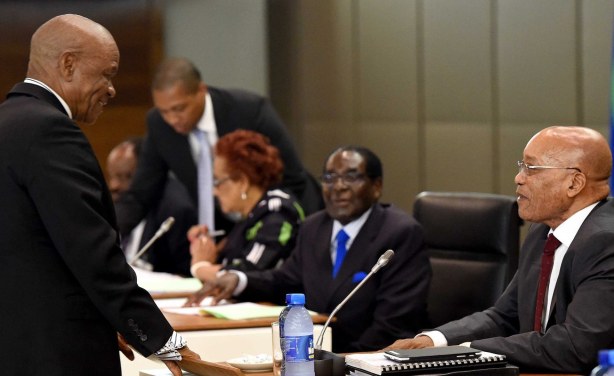 Nearly three years ago in May 2012, the Kingdom of Lesotho went for general elections following yet another successful SADC-initiated dialogue to end a political crisis in the country.

The much-anticipated elections were won by the then ruling Democratic Congress (DC) party led by former Prime Minister Pakalitha Mosisili.

However, the DC failed to garner enough votes to form a government.

In light of this, the main opposition party, the All Basotho Convention (ABC) headed by the incumbent Prime Minister Thomas Thabane forged an alliance with the Lesotho Congress for Democracy (LCD) and the Basotho National Party (BNP) to form the next government.

Expectations were high that the three-party coalition government would bring lasting stability to a country that has a long history of political instability, dating back to the time when it attained its independence in October 1966.

Fast-forward to the present.

Basotho are once again in the same mood, eagerly awaiting general election scheduled for 28 February to choose a new government and return the country to stability.

The election was rescheduled from its original date of 2017 in a bid to end the instability that had once more plunged the country following a crisis allegedly triggered by Thabane in June 2014, who after facing a vote of no-confidence, suspended parliament.

What followed was an alleged coup plot by renegade members of the Lesotho military on 30 August.

However, timely intervention by the Southern African Development Community (SADC) once again calmed the situation, and many observers now hope that the 28 February election would finally bring stability in Lesotho.

The SADC mediation led to the signing of the Maseru Facilitation Declaration in October and the Maseru Security Accord in November 2014.

Substantive progress has been made with the signing of the Maseru Facilitation Declaration and the Maseru Security Accord, which resulted in the reconvening of parliament in October; and an agreement for three senior officers of the Lesotho Defence Force and Mounted Police Services at the centre of the disturbances to take leave of absence and undertake working visits to various African countries.

The decision to hold early elections arose from the decisions of the SADC Double Troika that met in Windhoek and Pretoria last year with a view to helping return Lesotho to political normalcy and stabilising the security situation in the country.

This was ratified by all Lesotho’s political parties who signed the Maseru Facilitation Declaration facilitated by the SADC observer mission led by Ramaphosa.

“Following his interaction with stakeholders in Lesotho, the deputy president expressed satisfaction with preparations for the forthcoming elections,” Ramaphosa’s spokesperson Ronnie Mamoepa said.

He added: “Ramaphosa drew inspiration from the great optimism seen by the ordinary people of Lesotho who remain determined to express their will through democratic elections later this month. Furthermore, he expressed the confidence that the security challenges facing Lesotho will continue to receive the attention of SADC.”

The Independent Electoral Commission (IEC) of Lesotho said the country is ready to hold credible elections.

“Basotho should know that we are more than ready to deliver credible elections,” IEC commissioner Makase Nyapisi said, despite concerns about the state of the voters roll as well as limited budget and time.

A total of 24 political parties and 15 independent candidates have registered with the IEC to participate in the elections.

These include the ABC, the main opposition DC headed by ex-premier Mosisili, the LCD led by Deputy Prime Minister Mothetjoa Metsing and the BNP headed by Morena Maseribane.

Thabane, Metsing and Maseribane have been in an uneasy coalition government since the last elections in May 2012.

Lesotho has a bicameral Parliament consisting of the Senate with 33 seats and the National Assembly with 120 seats.

The monarch is hereditary and under traditional law only the college of chiefs has the power to depose and/or invest a monarch.

In the Senate, 22 members are hereditary while the remaining 11 members are nominated by the monarch. They are both expected to serve five-year terms.

Under this system, 80 parliamentarians in single-member constituencies are chosen using the first-past-the-post system while the remaining 40 are elected from one national constituency using party-list proportional representation.

The latter is used to determine the number of seats each party would receive if the system was fully proportional.

The total number of votes cast on the party ballot is divided by the 120 seats at stake in the National Assembly to determine how many seats each party deserves to receive.

This number is then compared to the seats a party won in constituency list to determine how many seats it should be awarded in the party list.

For example, if a party is determined to deserve 20 seats but has won only 10 in the constituency elections, it will be given an additional 10 seats.

Regional and international election observers have been deployed across the country to observe the elections.

“As we head to the actual Election Day, we remain mindful of the fact that the onus to hold peaceful, free and fair elections rests with the people of the mountain kingdom themselves,” Nkoana-Mashabane said.

The activities of the SEOM would be guided by provisions of the Lesotho Constitution, as well as the SADC Treaty, the SADC Protocol on Politics, Defence and Security Cooperation and the SADC Principles and Guidelines Governing Democratic Elections.