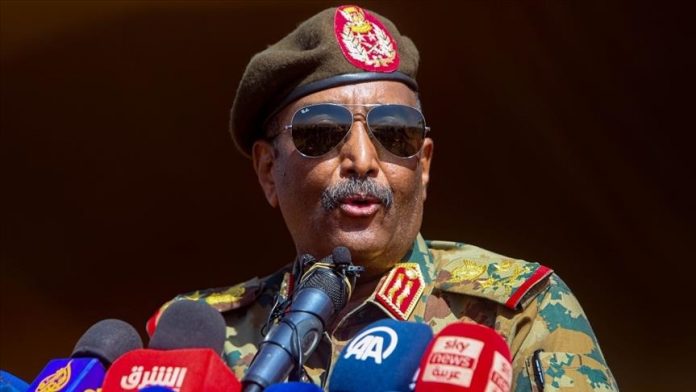 Chairman of Sudan’s ruling Transitional Sovereign Council Abdel Fattah Al-Burhan said on Wednesday that the Sudanese Armed Forces are expecting an elected government to take over the running of the country.

“The only way is either through comprehensive national consensus or elections, but not by calls for protests and sabotage,” Al-Burhan said during his inspection of special military units in the capital Khartoum, according to a statement by the sovereign council.

The Sudanese leader called for exercising the right of expression through peaceful demonstrations that preserve public and private property and do not harm the interests of other citizens.

Khartoum and other Sudanese cities are expected to see mass protests demanding civilian rule on Thursday.

A tripartite mechanism of the United Nations, African Union, and the Inter-Governmental Authority on Development is tasked with facilitating intra-Sudanese dialogue to end the country’s political crisis.

Sudan has been suffering a political crisis since Al-Burhan, general commander of the Sudanese Armed Forces, declared a state of emergency on Oct. 25, 2021, and dissolved the Sovereign Council and the government.

The African country has since been witnessing protests demanding a return to civilian rule.