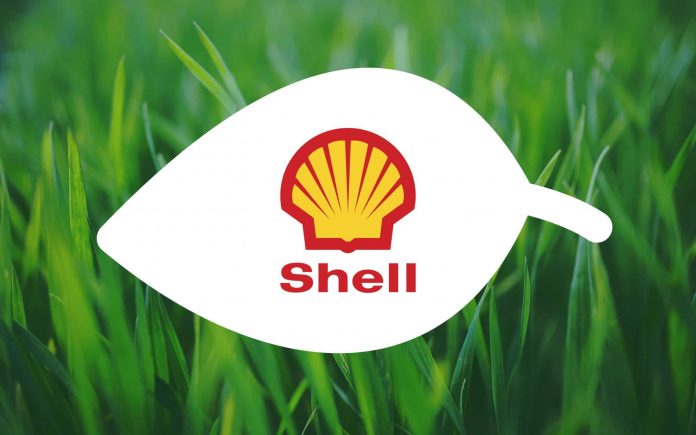 What initiatives or projects would be ideal for Corporate Social Responsibility (CSR) implementation in Africa? This question calls for an important consideration into the promotion of CSR in Africa and how it should be done. In an article tagged ‘Should Businesses Be Paying More Attention to CSR?’, the Telegraph reports on the FleishmanHillard Fishburn’s 2019 Authenticity Gap study into consumer attitudes towards CSR a discovery that 59% of consumers said they expect companies to take a stand on climate and environmental issues. The importance of Corporate Social Responsibility as measured by the report shows a level and measure of expectancy on investing in communities by individuals who patronize businesses. Among the leading examples of the idea of promoting corporate social responsibility in Africa is the Shell Petroleum Development Company (SPDC) which has over the years consistently delivered on its CSR commitments in the communities in which it operates as a corporate organization.

In 2016, SPDC took home two awards out of the pool of awards available from the 10th edition of The Sustainability, Enterprise and Responsibility Awards (SERAs). Usually given to deserving organizations and companies for their part in sustenance, development and corporate social responsibility using their influence and investments in their respective communities or areas in which they operate. Beating seven other nominees, they won the Innovation Award Category for their Kinetic Pitch and beating five other nominees; the second Award was given to the corporate organization as the Best Company in Climate Action (Award). In 2017, beating two other finalists, the company emerged as the Best Nigerian companies in Sustainability Innovation in Africa at the 11th edition of the Sustainability, Enterprise and Responsibility Awards (SERAs). The company also got the nod above three other contestants to win as the Best Company in Affordable and Clean Energy while getting the second runner-up prize for the Most Socially Responsible Nigerian Company for the year. As recent as 2020 at the Nigeria International Petroleum Summit, an award of excellence in corporate social responsibility was given to SPDC in recognition of the role played by Shell Companies in the development of communities using their investments in such areas.

With a high level of recognition to follow its achievements in CSR practices, it becomes practical to inquire into what makes SPDC stand out as a prime example in promoting Corporate Social Responsibility. Again, it becomes important to see how the practices of such an elite corporate can be emulated in order to work for, invest in and provide the best results from the African communities in which other corporates operate.

It is important for corporates to understand that investing in the various communities in which they operate is necessary and key to the sustenance and development of not only the community but their relationship with the community as well. Upon receiving the SERAs award in 2017, the Managing Director – The Shell Petroleum Development Company of Nigeria Limited (SPDC), Mr Osagie Okunbor noted that the company was challenged by the laurels they received to do even more as “CSR” remains part of the DNA of the Shell business…”. It is in this vein that other companies are encouraged to emulate CSR as a viable quality with which to set themselves apart. The SPDC prioritizes sustainability development in its operations and emphasizes its focus on community development. Every corporate organization with an eye for a long term impact should have in its core the idea of corporate sustainability responsibility as it is tied to the growth of business and recognition, especially in Africa and African communities.

The Corporate Social Responsibility of a company or business can be focused on an area or a wide range of areas as it may fit its policies and practices. For the SPDC, over the years, its objective of maintaining a healthy act towards sustainable development has led it to evolve in its CSR practices over the years. From infrastructural development which included building classrooms, constructing roads for the community, awarding scholarships and providing portable water to stepping in the gap to help in improving the standard of living of local communities to presently involving itself is getting more and more development partners to help in addressing community needs by implementing specific community programs such as the micro-credit scheme and the health scheme, the SPDC has been highly regarded to create development and opportunities through its acts. Corporate organizations in Africa can lend their support to sustainable development in their host communities and beyond by imbibing any of the practices above.

One means of building a sustainable CSR commitment which will last over the years is by adopting a strategy of better inclusivity of the various communities in which they operate where they allow communities to be involved in CSR work, planning and execution. In order to deepen its CSR strategy to ensure better impact, representation and inclusivity, in 2006, SPDC introduced a novel means of getting communities involved directly in their own development through a framework called Global Memorandum of Understanding Program (GMoU) which entailed communities proposing development projects and what they felt was necessary for them to SPDC, on behalf of its Joint Venture (JV) partners. To effect a means of the possible realization of whatever projects these communities came up with, SPDC went a step further to provide community project leaders with access to development experts and NGOs to assist and help generally.

Youth development should well be considered for any corporate organization wishing and hoping to create an impact through CSR and this is one area where the SPDC has thrived as an example in years past. Otherwise known as Enterprise Development, SPDC developed its LiveWIRE project, launched in 2003, as a flagship youth enterprise development programme that provides training and finance to young people between the ages of 18 – 35 years to start their own business. Africa’s teeming youth population represent a vast number of potential entrepreneurs who would be adequate to invest in as human resources to boost the development of the continent and gain the potential of increasing business investments and recognition on the continent.

Beyond the understanding of any other concept, a business’ or corporate’s involvement is undeniably a large aspect and driving force in the implementation, recognition and achievement of CSR to ensure growth and development within the community. Such practice of social responsibility and ethical practices are vital to success. According to the 2015 Cone Communications/Ebiquity Global CSR Study, it was found that 91% of global consumers expect businesses to operate responsibly to address social and environmental issues. Furthermore, it stated that they seek out responsible products wherever possible. Complementing on this, the reputable online learning platform High-Speed Training in its feature on CSR reports that the statistics reeled above show that consumers are aware of the importance of social responsibility, and actively seek products from businesses which operate ethically. Thus, CSR demonstrates the interest of a business in wider social issues, rather than just those that impact its profit margins, which will attract customers who share the same values.

In embracing CSR, a critical look at SPDC will show that the organization has actively rendered its service to the improvement of education over the years. In its journey, since its inception in the 1950s and through its transition to the present time, the Shell Scholarship scheme has supported thousands of ‘Shell Scholars’ who today are among the captains of industry, thought leaders, traditional rulers and officials of various arms of government. This has in turn boosted the reputation and recognition of the organization. According to a report on Marketingedge.com, between 2011 and 2017, relevant statistics reveal that Shell companies in Nigeria have awarded 8,192 secondary and 5,034 university educational grants which also includes 185 secondary school scholarships to people with special needs and challenges. Education is a critical need of most African societies which can readily be achieved using the medium of corporate social responsibility, especially within a particular host community.

The outlook on educational pursuit should not be limited to scholarships and student sponsorship only as an advancement on certain research fields would prove beneficial not just to the host community but also to the organization as it would reveal new areas of development regarding the field in which the research was sponsored. One way SPDC supports research in tertiary institutions is via its Shell Professorial Chair Programme which effectively operates in six Nigerian universities covering the fields of Geophysics, Petroleum Engineering and Mechanical Engineering.

The Shell example has undoubtedly left much impact in the areas where it runs its operations, and duly over the years the company has been applauded and recognized for its efforts. However, much is left to be desired in the development of African communities by the respective corporate organizations operating in them through CSR. Corporate social responsibility is an investment in itself which should be promoted not just for the benefit of the community involved but for the organization or company carrying out such responsibilities. Detailing six reasons why Companies should embrace CSR James Epstein-Reeves, a Chicago based Corporate Social Responsibility expert listed on Forbes’ Blog, mentioned that CSR is a way for companies to benefit themselves while also benefiting society. The six reasons include:

Undoubtedly, the benefits and positive effect of CSR on businesses cannot be denied given the SPDC example. Apparently, it becomes effective that as an African corporate, business and organization, or as a business operating in Africa, corporate social responsibility is a practice which should be embraced and incorporated into the core of any organization.

‘Should Businesses Be Paying More Attention to CSR?’ – www.telegraph.co.uk
‘The Importance of Corporate Social Responsibility For Your Business’ an article by Ellie Collier – www.highspeedtraining.co.uk
‘Six Reasons Why Companies Should Embrace CSR’ – an article by James Epstein-reeves – www.forbes.com 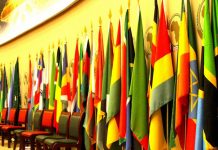 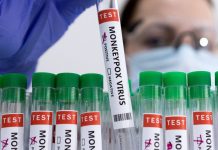 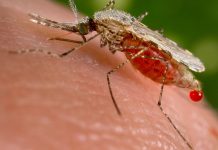