African Leadership Magazine
Home Highlights WTO: Why Okonjo-Iweala is yet to be named the new Director-General 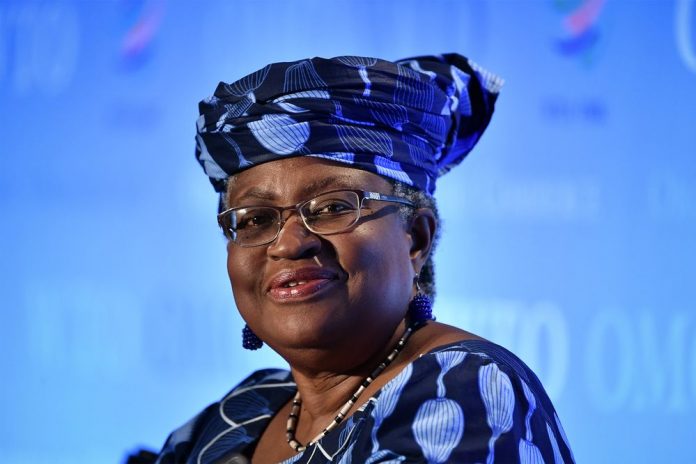 But for the United States’ opposition to her candidacy, Ngozi Okonjo Iweala would have been named the first African and female to lead the World Trade Organization, WTO today.  The organization’s effort to name a new leader hit a glitch after the Trump-led administration said it wouldn’t back the appointment of Ngozi Okonjo-Iweala to be the WTO’s next director-general.

According to a Bloomberg report, the U.S. could not support a consensus decision to appoint Okonjo-Iweala, Deputy U.S. Trade Representative Dennis Shea said during a meeting of WTO delegates in Geneva.

Though several local and international media platforms have reported her emergence as the Director-General, with a deluge of congratulatory messages on social media, our findings have shown that she still has some hurdle to scale. Our checks on the website of the WTO also lends credence to our position.

Historically, all WTO decisions are taken by a consensus of its 164 members, which means the U.S. move will act as a veto that disrupts the process. With the deadlock, work will now continue to reach a consensus ahead of the General Council tentatively set for November 9, 2020.

Okonjo-Iweala, who was at different times Nigeria’s Minister of Foreign Affairs; minister of finance and coordinating minister of the Economy, has received key endorsements from the EU, AU, the WTO selection committee, among other business, political and diplomatic leaders. The acceptance by the WTO selection committee moved her closer to clinch the coveted position, but for the opposition by the United States.

Available sources are reporting that the United States disagreed with how the process was being carried out.

Suppose the general council can’t agree on a consensus candidate. In that case, WTO members can consider the possibility of recourse to a vote as a last resort by a procedure to be determined at that time. Such a development would be unprecedented for the WTO.

Okonjo-Iweala, 66, twice served as Nigeria’s finance minister and has experience working at international governance bodies as a former managing director of the World Bank and as a chair at the Global Alliance for Vaccines and Immunization.

The Trump administration has played a vital role in WTO’s descent into disorder. In December, the U.S. precipitated the paralysis of the WTO appellate body, which has the final say on trade disputes involving the world’s largest economies.