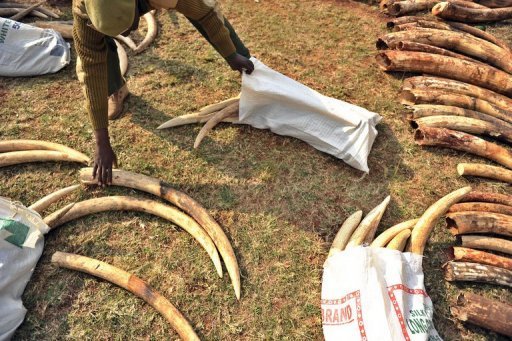 The government of Tanzania has recently submitted a special request to a United Nations council responsible for the control of illegal wildlife trade, pushing for permanent and immediate ban of ivory business in the world.

Minister for Natural Resources and Tourism, Prof Jumanne Maghembe, while speaking during the Tanzania National Parks (TANAPA) annual meeting said it was hard for the country to curb poaching without a combined effort from other international bodies.

Prof Maghembe, who was Chief Guest at the meeting, noted that the demand for government trophies was high in Asia, and being sold as an essential commodity in China while pointing that the anti-poaching war needed collective efforts.

“Tanzania has discussed the matter with SADC (Southern African Development Community) countries to have a collective stance on the matter,” said the Minister.

He said since Tanzania has a big number of elephants, it has become a main target by poachers, noting that the government would introduce stern laws to control the illegal wildlife killings and trade.

TANAPA Director General Allan Kijazi said that the media has a key role to play the war against poaching by revealing those implicated in the problem to facilitate their prosecution.

A Chinese woman nicknamed the “Queen of Ivory” was recently arrested in Dar es Salaam and charged with smuggling at least 706 elephant tusks which authorities say are worth about $2.5 million.