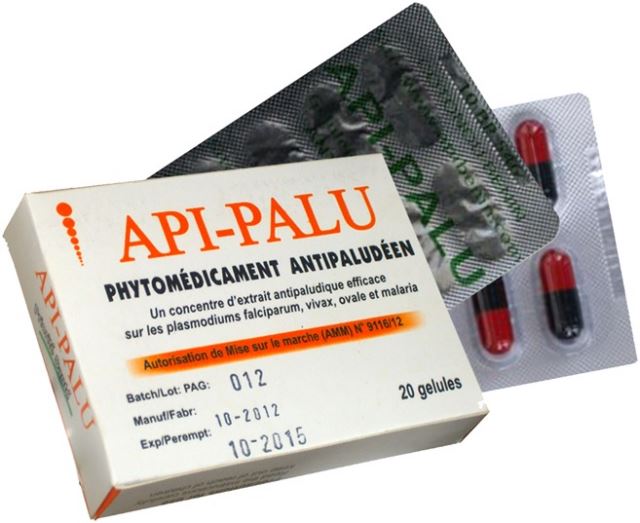 Developed by Dr Valentin Agon, API-PALU, an anti-malaria drug that manifests with a fast rate of malaria parasite clearance from the blood, is a testimony that science is African, and Africa is experiencing accelerated growth in the level of innovation, providing local solutions to local challenges.

Dr. Valentin Agon, the innovator, is from Benin and specialises in alternative medicine. He has been a recipient of several awards, including being one of the recently-announced 2016 finalists for the Innovation Prize for Africa (IPA) for promoting innovation and entrepreneurship in Africa.

In this exclusive interview with Ehis Ayere of the African Leadership Magazine, Dr. Agon sheds more light on API PALU, the anti-malaria drug. He also discusses innovation in Africa and some of the ways African leaders can help sustain and consolidate the level of innovation in the continent. Excerpt:

The World Health Organization (WHO) and countries of West Africa have over the years introduced, through concerted actions, control strategies and curative preventive plan against malaria. But the evil still remains and claims lives every day. Malaria tends to crumble every day the gains in terms of development.

Some statistics reveal that every 30 seconds an African child dies of malaria. It thus means that the disease kills more than 3,000 children per day. Pregnant women, according to Plan International, are also vulnerable to malaria.  Generally, malaria kills between 1.5 and 2.7 million people annually. Nine (9) of ten (10) malaria cases occur in sub-Saharan Africa and about 90% of malaria deaths occur in Africa . It kills muted thousands of Africans already weakened by poverty, misery, and insecurity

We can therefore say that malaria is a humanitarian catastrophe in Africa as the human cost is very high.  In terms of financial costs, research shows that malaria is responsible for 40% of public health expenditure and 30 to 50% of outpatient visits in areas of high transmission in Africa. Africa therefore has a role to play towards ending this scourge.

As part of efforts to address the problem, my partner and I made a search on our plants and we took extracts with proven malaria. We made a phytomedicine based on these extracts which we call API-PALU.

API-PALU is an innovation that addresses the problem of malaria in Africa. It is a natural antimalarial product based on refined extracts of African medicinal plants and effective on all Plasmodium falciparum species, vivax, oval, and the causative agents of malaria. Being natural, it is the product of sustained action against malaria.

API-PALU is in the form of 20 capsules on two blisters cardboard or syrup in 20 ml vial and in other forms too. It is protected by the standards of patents and trademarks in force following the Treaty PCT / WIPO and the countries of the African Intellectual Property Organization (OAPI). It cures malaria by reducing accordingly the rates of morbidity, and infant and maternal mortality.

By treating malaria with API-PALU, there will be an improvement in the health status of the patient. There would also be a significant reduction of infant and maternal mortality due to malaria. Therefore, socio-economic and cultural conditions of vulnerable populations will be improved in Africa.

It is available cheaply for the treatment of malaria. It is at the stage of large-scale production to meet orders from all countries affected by malaria, saving the lives of people.

It is necessary that the scourge of Malaria stops. It is unacceptable that the humanitarian catastrophe still continues here in Africa. None other than we will save us from this plague; and API-PALU, an African remedy, meets all these problems listed above.

What is the affordability and accessibility of the product?

The drug is presented in an ultramodern packaging in the medical world. In fact, a dose of API-PALU under capsule form weighs 21g and a dose in syrup size weighs 70g. With this very light weight, the export of API-PALU is very easy whatever the destination and removes excess of expenses related to the dosage form and the outer packaging.

API-PALU is African solution to the evil that destroyed the African population in particular, but also all the inhabitants of the tropics worldwide. So with the introduction of API-PALU to a country evidenced by the approval of the Authorisation on the market on its territory, it opens the door to large-scale commercialization as already done Benin , Niger, Central African Republic, Burkina Faso and Chad.

Your innovation is a testament to the fact that Africans can create local solutions to local challenges in the continent. What is your opinion on innovation in Africa?

Having realized early on that innovation is the basis of industrial development, and in turn the basis for development in all aspects of a nation, I immediately started to communicate on the indispensability of innovation within a nation to provide local solutions to local problems. So I began to pound strong slogans to arouse the consciousness of many on this cornerstone of the development of a country, a continent of innovation.

It is in this same register that J-M Ayrault as French Prime Minister in fall 2012 in the French National Assembly said “a country without industry is a country that has no future.”

Thomas Sankara’s slogan says “produce what we consume and consume what we produce.” The African context forces us to awaken the spirit of hard work. So my vision is “to fire the brains of Africans” that is to say, ignite or turn their brains to awaken and build their capacity to be able to think and act effectively to take their destiny in hand.

What measures do you think Africa can adopt to encourage and support innovators and needs-based innovations?

Eight years ago, I opined some measures through my first book- Why Africa Still Late for its Development?.  One of the 40 reasons I noted is the fact that Africa had lacked Grand Prix which motivates innovations. Now it’s done through the Innovation Prize for Africa and that’s why now, my company and I are part of the work of the African Innovation Foundation.

Indeed, it is the implementation of innovations that birth industries and the successful industrialization of nations in recent years. This is the path of development. Our countries have not understood and they are enrolled in a contrary sense and that’s why we turn on the spot.

In reality, IPA is and will be the detonator of African development if African nations and the African Union (AU) are fully associated with it. The support and partnership of the African diaspora and committed insiders- like me are also needed.

I suggest that the AIF should make efforts to get the support of African States and the AU to ensure that every year, the TOP TEN innovations would result to ten large companies that develops Africa at all levels. A decade of such an undertaking is sufficient to create more than 100 African industries producing goods, services and wealth for the development of Africa.

I think that the AIF is preparing the industrial revolution in Africa without perhaps knowing it now. On my part, I work very hard. All my writings since 2007 have focused on the development of Africa (my books are free of charge at www.agonvalentin.com).

The Innovation Prize Award (IPA) which is an initiative of the African Innovation Foundation (AIF) has over the years become a notable platform that supports and encourages innovators and needs-based innovations in Africa. You are one of the recently-announced 2016 finalists for the Prize. How does this make you feel?

I am proud, very proud that Africans are part of this initiative that encourage, promote and distinguish the scientific and technological innovation on the continent. I am really happy that Africa is beginning to understand that it needs to support and promote from within.

I am also filled with a hope that the industrial development of Africa has taken light. The ten innovations that reached the finals were tested in all scientific, efficacy and reproducibility levels; and they answer all perfectly. This means that Africa is about to walk the path of science with precision and expertise. It is a testimony that science is African; it is not western or Asian. Stimulants such as the price of AIF, an effort of precision and expertise, will always be deployed by researchers to give back to Africa’s claim worldwide.

For my part, I pledge to install industrial units in my company for the production of API-PALU innovation in the five major parts of Africa (North, South, West, East and Central), not only to tackle malaria but also to serve as a case study in all these environments to motivate Africans with the success of my company. It is this inspiration that I promote innovation in the television space “Health and Development” where I hosted a show focused on the awakening of African geniuses. The program is broadcast every Thursday and Friday every week on national television ORTB (free downloadable programs on http://www.ledestindelafrique.com/topic/index.html

To me, the IPA price is the equivalent of the Nobel Prize in Africa.