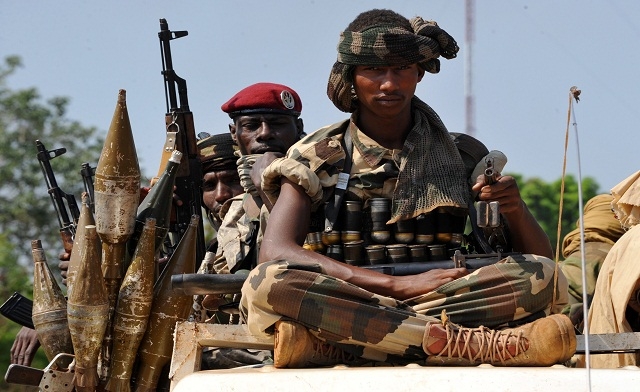 Chad has sent 2,000 troops to Niger to prepare a counterattack against Boko Haram after the militant group seized a Nigerien town, two senior military sources said on Wednesday.

The sources, one at Chadian military command in N’Djamena and another in the Lake Chad region where Boko Haram operates, told Reuters the troops arrived on Tuesday and were advancing on Bosso, a town near Lake Chad that has been the scene of clashes in recent days.

“About 2,000 soldiers with tanks went into Niger yesterday. They should link up with the Nigerien forces in Diffa and advance on Bosso,” said one of the Chadian military sources.

A security source in Niger confirmed that about 2,000 troops were heading to Bosso on Wednesday.

Clashes have continued in Bosso in recent days. Niger troops briefly regained control of Bosso on Saturday, according to the defense ministry, but the militants retook it on Sunday, Bosso Mayor Mamadou Bako said.

Boko Haram has been trying to establish an Islamic state adhering to strict Sharia, Islamic law, in northeast Nigeria since 2009.

Chad and Niger started joint army operations against the militants early last year. Chad’s involvement in combating the insurgency, which affects the whole Lake Chad region where Niger, Nigeria, Cameroon and Chad meet, was decisive in taking back control of territory controlled by Boko Haram.