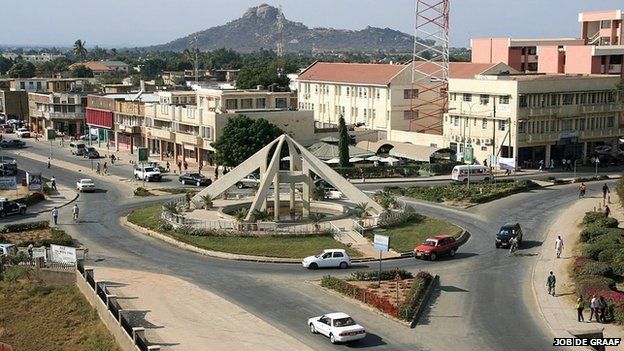 Is Africa really benefiting from its Diasporas? Do we really need more Diasporas in the future? The answer to the questions is yes, as reflected in a recent meeting in Zanzibar, where Tanzania Diaspora gathered for two days to deliberate on how they could contribute to the social and economic development of their home country.

The meeting concurred that apart from the traditional financial support (remittances) to their families at home, Diaspora could improve their support to their home country by opening up big investment projects, particularly industries to help create jobs.

Tanzania Diasporas could play an important role to the development of their home country and should learn from their Brazilian and Indian counterparts who have been contributed admirably to their countries.

While many may have the views that “Africa has been benefiting from its Diasporas and that more Diasporas means advantage to developing countries in the future,” Mr Ali Mufuruki, a former Tanzanian diaspora, now one of the famous businesspersons in the country gives a different answer.

“We do not need to have more Tanzanian or African Diasporas in future and those already abroad should return home to develop their home country, still with a lot of untapped resources and investments opportunities.”

In general perspective, reasons behind many people leaving Tanzania for abroad includes search for better/higher education, jobs and brain drain, but later they decide to remain in foreign countries. “What people are looking for outside is available here in Tanzania.

There is a lot of money in Tanzania that is why many foreigners are coming to invest in the country. It looks strange that you live your country for others to benefit,” Mr Mufuruki said. He said the best African academicians are in Europe and the United States (US), while countries in Africa need them.

“Africa will be developed by Africans, let us not create more diasporas. Those living abroad should come back and develop their home country,” said Mr Mufuruki.

Mr Mufuruki, a founder of the Infotech Investment Group LTD, and who also took part in initiating the development of Natural Gas and the planned Uganda/Tanzania Crude Oil pipeline, said that it is a shame to see that number of the best lecturers in foreign Universities are Africans, yet it need them to move forward.

‘Tanzania needs more from the Diasporas than just remittances. Africans are more educated than whites in the US, they have to return home to build the developing continent, ” he said.

Mr Mufuruki said the government should track and use its Diasporas, particularly the graduates to avoid making another frustrated Diaspora. He said that about one-hundred best university graduates every year are taken by the foreign countries, leaving Africa yawning of lack of experts.

Mr Abdulsamad Abdulrahim another panelist on ‘Building a Brand from outside-In’ appealed to the Diasporas to “Think globally, act locally alongside avoiding to listen to people with frustrating statements.”

Irritating news about the Diaspora, were also exposed by the Minister for foreign affairs and East Africa Cooperation Dr Augustine Mahiga who said Tanzania Diaspora engagement in terrorism, drugs smugling and human trafficking remains an issue of great concern.

“Let me skip giving statistics about Tanzanians caught in these criminals’ acts, because the number is disturbing. I think as members of Tanzanian Diaspora, we can work together to discourage our youths from getting into crimes activities,” Dr Mahiga said.

Dr Mahiga said that when he was in Somalia, he had many cases of Tanzanian being implicated in terror groups, while currently some youths are being recruited by the ADF group in Uganda/DRC border.

The Foreign Minister said that some Tanzanian Diasporas are fully involved in drugs, money laundering, and human trafficking were young Women, looking for employment fall victims as they end up in commercial sex workers.

“Tanzania diaspora are also linked to illegal poaching, ferrying of youths seeking to reach Europe through the dangerous Mediterranean Sea, where hundreds get drawn in the sea,” Dr Mahiga said appealing for concerted efforts to clear the image of Diasporas.

He said it is unfortunate that Tanzanians have been involved in these criminal acts, avoid it and you can help your youths not to be recruited by investing in the country to have enough jobs to minimize chances for terror groups to be recruited into terrorism.

Topics discussed at the conference include ‘Turning the Vision into action: Diaspora engagement in social and economic opportunities;’ Investment and Tourism development for tomorrow and Framing Tanzania as an Industrial nation.

It is estimated that Tanzania Diaspora abroad is about a million people who if they get organized can move Tanzania to the next step of being a middle income country by 2025.

Both President Dr John Pombe Magufuli and his Zanzibar counterpart Dr Ali Mohamed Shein, demanded for a meaningful Tanzanian diaspora to their home country, as both governments are determined to work with them.

Dr Shein graced the opening of the Diaspora while Dr Magufuli closed, as they insisted on being good Tanzanians abroad to keep the country’s admirable status outside the boundaries.

The top leaders said in their speeches that the governments recognize the Diasporas’ role in social and economic development and Dr Magufuli says in his speech read on his behalf by Mr January Yussuf Makamba- Minister of State, Vice President’s Office, Union Affairs and Environment to be good ambassadors abroad.

Underscoring the importance of security and political stability in achieving development goals, Dr Magufuli appealed to the Tanzania Diaspora to avoid getting involved in criminal acts.

Members of the Tanzania Diaspora promised to remain good ambassadors abroad and work hard for development of their home country.

Making the pledge on behalf of the Tanzania Diaspora, Mr Hussein Mustapha Nyang’anyi said the annual gathering, which started in 2014 reminds them of their role in nation building and shows government seriousness in strengthening relations with its citizens abroad.