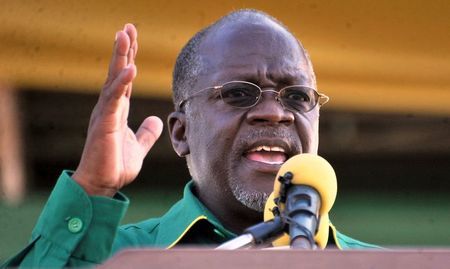 The Tanzanian government has supplied a total of 200 tonnes of maize to flood victims in Rufiji District in Coast Region following the heavy rains which destroyed their farms and food reserves at Mkongo, Ikwiriri and Mhoro divisions in the district.
Speaking during her visit here yesterday, the Minister of State in Prime Minister’s Office (Parliamentary Affairs, Labour, Employment, Youth and People with Disability) Ms Jenista Mhagama, said it was the government’s responsibility to enable the people to deal with effects of the disasters.
“Previously, we supplied 100 tonnes of maize to the flood victims. We’re now adding 200 tonnes of maize to reach 300 tonnes plus three tonnes of maize and two tonnes of millet seeds,” said the Minister.
Ms Mhagama said despite supplying maize to the flood victims the government’s officials were still conducting evaluation to establish the actual needs of food and seedlings to the victims.
“The goal to supply seedlings is to enable the Rufiji residents to produce food after the disaster is managed,” she observed. Ms Mhagama urged those who are living in flood prone localities to vacate the areas as they were endangering their lives.
Earlier, Rufiji District Commissioner, Mr Nurdin Babu, assured the minister that he would mobilise the people living in flood prone locations to vacate the areas to move to safe areas.
“I’ve already talked to leaders at division level to talk to their residents so that they can start vacating the flood prone areas,” he said. He expressed gratitude to the government for the maize donation and that the food donation would help to address shortage of food.
Mr Babu pointed out that Mkongo, Ikwiriri and Mhoro divisions were affected by floods when Rufiji River over flooded following the heavy rains that fell at the end of January, this year.