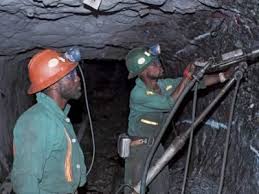 Zambia’s cabinet has recently approved a new royalty system that varies depending on the copper price as Africa’s second-biggest producer seeks to keep struggling mines open and limit job losses, government said.
Mining companies operating in Zambia including Vedanta Resources and Glencore have cut thousands of jobs and closed copper shafts in recent months with prices near six-year lows.
Lobbies had asked for a price-based royalty structure to ease the tax burden during a period of depressed prices.
Government spokesman Chishimba Kambwili said in a statement “Cabinet approved the proposed tax measures which are aimed at sustaining operations in the mining industry, securing jobs for citizens as well as collecting more tax revenue in times of relatively high copper prices”.
He said the government will maintain the corporate income tax for mining companies at 30 percent while a flat mineral royalty rate of 6 percent would be introduced for precious metals and gems.
The cabinet also approved the suspension of the 10 percent export duty on ores and concentrates for which there are no processing facilities in Zambia and to remove the variable profit tax on income from mining operations.
For minerals and base metals other than copper, royalties will be fixed at 5 percent.