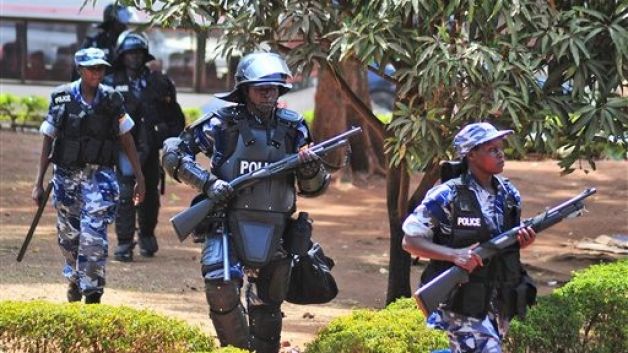 As part of efforts to ensure peace and security in Elections which start today, at least 70,000 soldiers, prison warders and intelligence officers have been deployed as part of the 150,000 security team tasked to oversee the country’s general elections which takes place on Thursday.
“Uganda police has the mandate to maintain law and order. In so doing, we have deployed 150,000 personnel across the country to ensure peaceful election period,” Fred Enanga, the police spokesperson, said Wednesday.
Each polling station, he said, will have one unarmed police officer inside, two armed officers outside centre, 36 security personnel at every sub-county, 12 at tallying centres, and 55 standby law enforcers in all districts.
“We are working hand-in-hand with our sister security agencies among them are the UPDF, Prisons Service and intelligence officers. These will ensure that we have peaceful elections,” said Enanga.
Ugandans are due to vote for the country’s president, and all its Members of Parliament. The exercise, officials said, will start at 7:00am [local time] and end at 4:00pm. The final results would be announced within 48 hours.
Meanwhile, the head of the African Union Election Observation Mission, Sophia Akuffo has urged Ugandans to turn up in large numbers to exercise their right to vote. She called for peace as Ugandans choose their leaders.
A team of 41 short-term observers from 28 African countries, Akuffo said, has been deployed to observe polling processes in 13 districts in all the regions.
“People should not fear to exercise their rights. Go peacefully, cast your vote, obey the law, move out of the perimeter according to the regulations and probably go about your normal business as you wait for the results,” she told Uganda’s Daily Monitor newspaper.
“Our team has already familiarised itself with electoral laws and each one of us on the team will observe the lack of intimidation as it is the common practice so we observe on our way and at the polling station,” she added.
Akuffo further said the mission will issue a statement of its preliminary assessment of the elections on 20 February at a press conference in Kampala. A final and comprehensive report, she added, will be released within two months from the date of announcement of final election results.
The mission’s mandate is derived from relevant African Union (AU) instruments such as the 2007 African Charter on Democracy, Elections and Governance; the 2002 AU/OAU [Organization of African Unity] Declaration on Principles Governing Democratic Elections in Africa; and 2002 AU Guidelines for Elections Observation and Monitoring Missions.