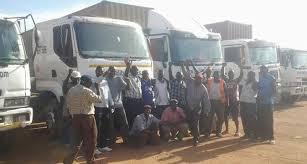 The RWC is also set to benefit the local community along the trucking route. The Country Manager for North Star in Tanzania, Mr Edgar Mapunda, said the RWC would play vital role for mobile population.

“These people have limited access to health services and this often plays a crucial role in transporting diseases across borders,” he said.

The project was officially launched by the Permanent Secretary in Ministry of Health, Community Development, Gender, Elderly and Children, Dr Mpoki Ulisubya as the guest of honour.

Dr Mpoki said the government alone cannot sufficiently provide all the required health services to its population and, hence, to work with partners to achieve the mission of facilitating provision of basic health services that are good quality, equitable, accessible, affordable, gender sensitive and sustainable.

He said the last decade has seen HIV infections rise among key and bridging populations that includes sex workers, homosexuals and injecting drugs.

“Mobile populations such as Long Distance Truck Drivers (LDTD) are also including with the vulnerable population because of the nature of their work. Infectious diseases are known to be highly preventing in hot spots areas, therefore transmitted easily along transport corridor,” he said.

He said besides infectious diseases, truck drivers face other challenges such as driving longer times on unsafe roads and insecure places so it is therefore critical that projects are designed to address these problems and make our corridors healthy and safe.

Puma Energy General Manager in Tanzania, Mr Philippe Corsaleth said they embark into this road wellness centres programme because they believe that truck drivers is one of the highly exposed group of community to various risks including health and safety hazards.

The other partners involved to facilitate the project are Impala Terminal, Trafigura and Puma Foundation. The RWCs have been established in six locations around three principal stops along the main trucking corridor with Zambia- at Dar es Salaam, Iringa and Tunduma.