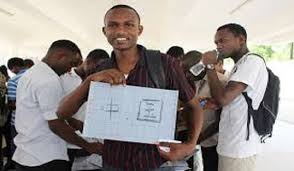 The Confucius Institute at the University of Dar es Salaam (UDSM) has recently introduced a Diploma in Chinese language, which is geared towards preparing local teachers to teach the language in primary and secondary schools.
The UDSM Deputy Vice Chancellor (Academic), Prof Florens Luoga, atated that the institute would start offering the course in the 2016/2017 academic year.
“Some 5,236 Tanzanians are now learning Chinese language at different levels in higher learning institutions with support from the Confucius Institute in the country,” said the UDSM Deputy Vice Chancellor.
Prof Luoga said apart from UDSM other higher learning institutions which offer the course are University of Dodoma, Muslim University of Morogoro (MUM) and Moshi Cooperative University.
He said the Confucius Institute (CI) at UDSM would also introduce undergraduate courses in Chinese language in the upcoming academic year. He added that the four year course would be jointly offered by UDSM and Zhejiang University in China.
“Students who will be studying the course will study two years at UDSM and finalising the rest of the years at Zhejiang University in China,” he said.
The CI Director at UDSM, Prof Zhang Xiozhen, said the Confucius Institute has introduced scholarships for those who wish to advance their studies in Chinese language, saying the institute offers scholarship to study a three year course in Zhejiang University in China.
“Students will have to learn Chinese language for one year before proceeding with the postgraduate course,” she observed.
Prof Xiozhen reminded Tanzanians to grab the opportunity of a number of scholarships offered by the CI noting that some people were missing out the opportunity of scholarships as the number of applicants was small.
The Chinese language is being taught as an optional subject at primary and secondary schools in the country. The programmes at CI cover Basic Chinese language, Chinese listening skills, oral Chinese skills, Chinese songs, Taiji course, Chinese calligraphy and traditional Chinese painting