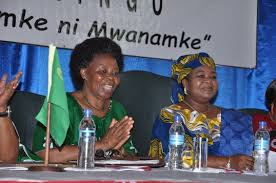 Tanzania Women of Achievement (TWA), a local NGO has recently launched the Pledge for Parity campaign in commemoration of this year’s International Women’s Day care celebration.

Speaking at a press conference in Dar es Salaam, the TWA President, Ms Irene Kiwia said the campaign is a clarion call for this year’s women’s day that calls on everyone to take concrete steps to accelerate the achievement of gender parity in the country.

“This campaign is meant to call on all the stakeholders including the media, individuals and organisations to identify and create awareness on the gaps that hinder the progress towards gender parity and to pledge to take concrete steps to accelerate change,” she said.

Ms Kiwia added that the campaign also calls on society to practice gender balanced leadership, respect and value differences, develop more inclusive and flexible cultures and also eliminate workplace bias. She also noted that during the World Economic Forum in 2014, it was predicted that it would take until 2095 to achieve global gender parity and that the following year, it was estimated that a slowdown in the already glacial pace of progress meant that the gender gap wouldn’t close entirely until 2133.

“This is a lot of years to wait on. TWA is therefore joining the world by urging Tanzania to put gender in the country’s agenda and speed up the clock to achieve gender party quicker,” she said.

TWA Chairperson, Ms Sadaka Gandi calling on government, individuals, organisations and other stakeholders said that the campaign will address issues affecting women in regard to education, health, leadership, justice and economy all being important aspects of society development as they are linked to economic growth.