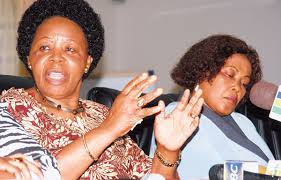 Women rights activists have recently called for the enactment of laws for political parties to have solid policies that enhance gender balance during election seasons and other party’s political movements.
This was the common thread running through sentiments voiced during the launch of a new report on a research conducted by Oxfam and other stakeholders that focused on the participation of women in the 2015 General Election.
They also appealed to the Prevention and Combating of Corruption Bureau (PCCB) to protect female candidates who are the major victims of sex-driven corruption by introducing a department to educate and research on and combat all gender-based corruption during and after elections.
The report’s senior researcher, Professor Ruth Meena said, “From this report, we see there’s more that needs to be done by the government, civil society organizations, religious groups and other stakeholders to support women in political platforms”.
Reports show that PCCB has no policies with clear strategies to fight sex corruption and it doesn’t train its officials on dealing with such cases.