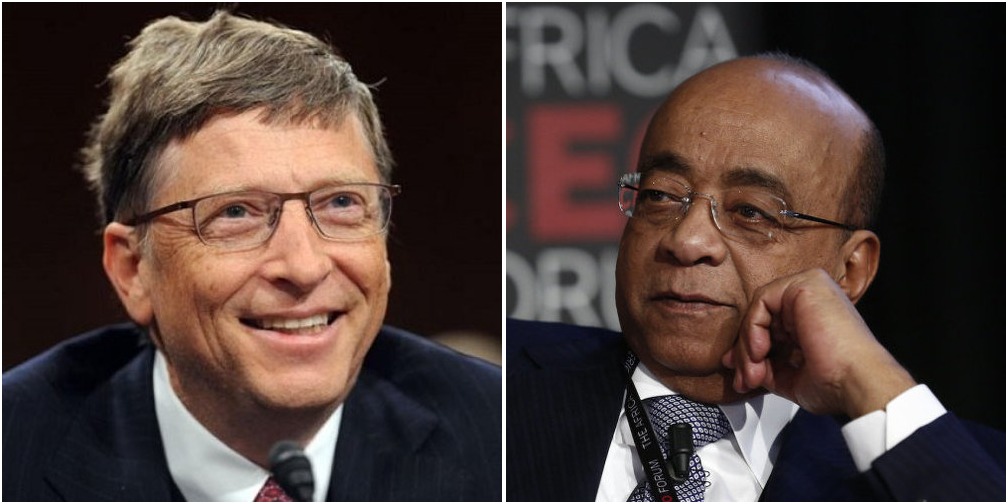 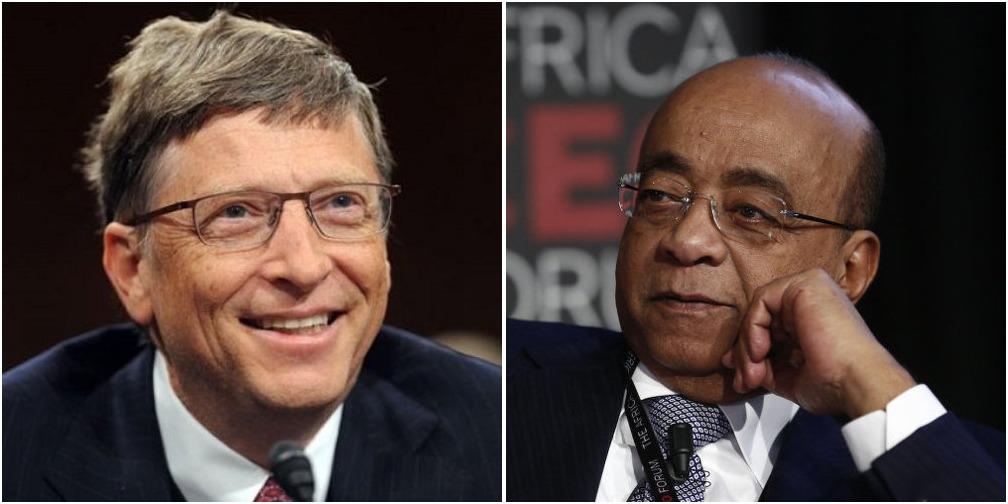 Bill Gates and Mo Ibrahim have more in common than the magnanimous Buffett-inspired billionaire Giving Pledge, and now their paths may cross again.

At a recent private gathering at the Council on Foreign Relations, historic telecom entrepreneur and philanthropist Mo Ibrahim shared the story of how his mother, obsessed with education, gave him the foundation to become an engineer. He journeyed from a technical director at British Telecom to an entrepreneurial consultant, and went on to found Celtel, an African telecom company that he sold in 2005 for $3.4 billion with 24 million subscribers in 14 African countries at the time—putting in the hands of so many what so few ever had: the technological freedom to communicate and coordinate, like never before.

Ibrahim recounted another story when the Ugandan government got in touch with him, offering a free license for cellular at a time when other companies were going crazy bidding for licenses worldwide. There was one problem: none of those companies wanted to go to Africa. Ibrahim was at a dinner in London on the board of one such company when Ibrahim floated the idea that they should come to Africa. “Mo, are you crazy?!” his friend replied, “You know Uganda has this guy. Have you heard of Idi Amin?” Mo said, “Yes, I heard about him.” His board friend said, “This country is run by an ideologue. You want me to go and operate in a country run by that dictator?!” And Mo deadpanned, “My friend, Idi Amin left that country 20 years ago.” After laughing embarrassingly his friend retorted, “If you think I’m the most tech savvy member of the board, and I know nothing about Uganda, what do you think the rest of my board will think? They’ll think those people still live up in the trees.”

People had not updated their facts. They had clung to outdated information. And that always creates huge investment opportunity.

That was 1998. So Mo did what others wouldn’t and founded Celtel to build and operate mobile networks in Africa. He sold his consulting company in 2000 for $900 million and used the proceeds to build Celtel into one of Africa’s most successful companies.

Ibrahim with a nod to his Nubian roots shared a cultural saying: “The shroud has no bucket.”  In other words, when you die, you are wrapped in a shroud and buried but it has no buckets: you cannot take your possessions with you. “There’s no point in trying to hoard money after life, so better really to share with people.”

And that’s where Bill Gates comes in. As Bill recently coined in an op-ed:

“…I tend to trace it back to a trip Melinda and I took to Africa in 1993. We went on a safari to see wild animals but ended up getting our first sustained look at extreme poverty. I remember peering out a car window at a long line of women walking down the road with big jerricans of water on their heads. ‘How far away do these women live?’, we wondered. Who’s watching their children while they’re away?”

These are the kinds of questions Ibrahim has struggled with. And when asked what opportunity is Ibrahim interested and focused on now? His answer: Broadband. To get the internet in the hands of millions of Africans to empower them from enable everything from education to business.  I raced up to discuss with Ibrahim the technologically breakthrough work that known companies like Microsoft, Cisco, Google and Facebook and even lesser known upstarts like Kymeta are doing to empower communications globally. (Full Disclosure: I serve on the Kymeta board alongside Bill, and my fund Lux Capital is an investor in the satellite antenna company that we are pushing to focus on enabling global satellite broadband access.

“Companies—especially those in the technology sector—can dedicate a percentage of their top innovators’ time to issues that could help people who’ve been left out of the global economy or deprived of opportunity here in the U.S. …Technology is helping us overcome our biggest challenges…bringing the world closer together. Today we can sit at our desks and see people thousands of miles away in real time.  It’s [harder] and harder for those of us in the rich world to ignore poverty and suffering, even if it’s happening half a planet away”.

A few days after the gathering Ibrahim’s Foundation would remind the Western world exactly what is happening “half a planet away” by releasing the rankings of the best and worst governed African states. It will not surprise that Zimbabwe, Congo, and Somalia fill the bottom of the list,  though many may not appreciate the top five included Mauritius Botswana and Namibia.  But most poignantly, in an action of inaction, the Ibrahim Prize,  the largest annually awarded cash prize set up to celebrate excellence in African leadership, went to: nobody.

Indeed, as Bill notes in his pledge, “Innovation is the key to a brighter future”. And we’re all just getting started.