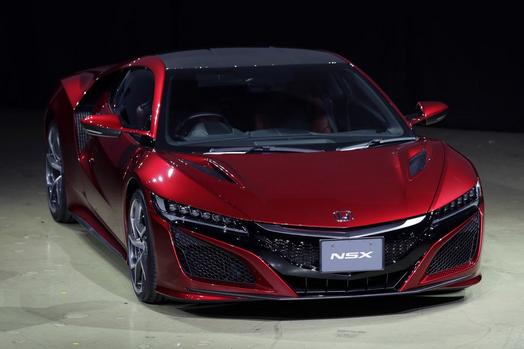 INTERNATIONAL – When the Acura NSX debuted at the Chicago Auto Show in 1989, it featured such newfangled technologies as an all-aluminum monocoque body, forged pistons, and titanium connecting rods.

At the time, it was regarded as the best sports car ever produced by an Asian brand.

“It was looked at as a fantastic car, relative to what you could buy it for, and it’s hard to argue with Honda reliability,” says Jonathan Klinger, an analyst for Hagerty.com. “You never really hear anyone critique them, other than that they’re way too underappreciated. And they’re a pure driver’s car—so fun to drive. Acura fans would argue it’s a better car than a Ferrari.”

Honda actually started the NSX project as far back as 1984, with a concept called the HP-X, a mid-engine V6 that used technology developed in Honda’s Formula 1 program. Soon enough, it evolved into the NSX (New Sportscar eXperimental), which was sold as the Honda NSX everywhere but North America, where it was considered better-marketed as the Acura NSX.

Paired with a V6 engine and the choice of a 270-horsepower, five-speed manual or 252-hp, four-speed automatic transmission, the NSX was the first car ever mass-produced with an aluminum body. (It also featured an aluminum suspension—like the body, super-lightweight for better, quicker driving). Ayrton Senna, the legendary Brazilian Formula 1 champion, worked with Honda on fine-tuning the handling and drive to make it perfect. There are videos of him driving it in his trademark loafers and white socks.

In short, the car was styled to look and feel like an F-16 fighter jet.

Honda Motor Co.’s goal? To make a rear-wheel-drive car that could beat Porsche 911s, Chevrolet Corvettes, and especially the V8s from Ferrari at the track—while costing less money than those luxury brands and proving more reliable.

But sales numbers dwindled after the debut; Honda never sold more than 2,000 a year. The last year it was for sale, 2005, it sold just 206 worldwide.

That sounds like very few units—especially compared to Honda’s other cars, which sell 20 times that amount—but it’s a relatively high circulation number when it comes to truly collectible cars. (Ferrari made only dozens of most of its most iconic stars, such as the 250.) So there’s a good chance you can find one in decent shape.

Values for the classic NSX have more than doubled since 2013, when you could buy a mint-condition 1991 NSX for $42,700, on average. Today, that average is $98,700—a gain rate steadier and higher than the Dow Jones industrial average, according to Hagerty.com.

The cars aren’t terribly common at North American collector sales, but this is slowly changing. In 2012, five were offered at public auction; in the last 12 months, auctions have brought at least 20. Average sale prices at auction have grown, from roughly $40,000 in 2012 to $75,000 last year, according to Hagerty.

There’s a small caveat here, if you’re planning to invest. Through the first half of 2018, average values of the NSX line have started to slip: Average auction sale prices were down 28 percent through June, from their 2017 high.

Klinger says it’s because the NSX has finally landed in Ferrari territory.

“A big part of the appeal of an NSX was its performance-per-dollar ratio, compared to its competitors, but at its current value that price difference has disappeared,” Klinger says.

“When you look at it from this standpoint, the slight pullback in value and market activity is a direct result of this now being in the same league—or higher—than the vehicles it once beat out from a price/performance standpoint,” Klinger said. “It’s a soft landing to where we can expect the NSX to stay for the next few years.”

Maybe it’s just as well. You can find plenty of NSXs in private sales online, ranging from $70,000 for a silver-bullet convertible to $25,000 for an older white number.

To maximize your investment, choose a specimen with higher miles and a known maintenance record over an example with lower miles but with sketchy or unknown maintenance. The later 3.2-liter engine versions, which debuted in 1997, carry a roughly 30 percent premium over the original 3.0-liter engines but are better to buy if you want a long-term investment.

Manuals are generally worth more than automatics. And in general, a coupe is more valuable than a Targa.