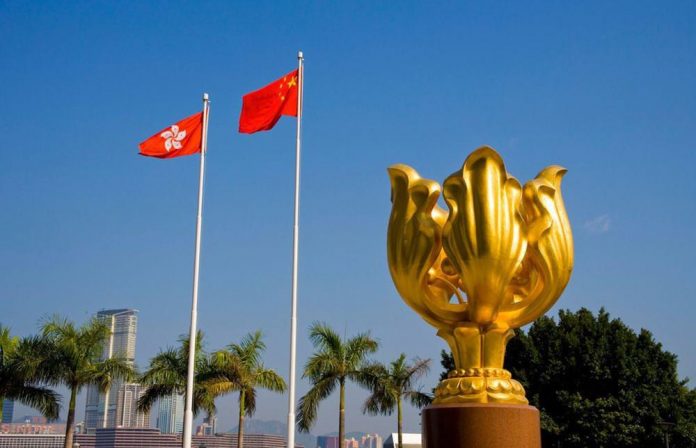 The Consul General of China in Lagos, Chu Maoming, in this piece provides a deeper insight into the situation in Hong Kong.

The recent situations in China’s Hong Kong Special Administrative Region (HKSAR) have been closely watched by many. I deem it necessary to make some explanations in this regard so as to set the record straight to my Nigerian friends.

On July 1, 1997, the Chinese government resumed exercise of sovereignty, ending over 100 years of British rule. In accordance with the “One Country, Two Systems” principle proposed by Chinese leader Mr. Deng Xiaoping, the capitalist system and way of life in Hong Kong have remained unchanged, and the legal system in general kept intact. This framework enables Hong Kong and the rest of China to develop hand in hand, and serves as the fundamental guarantee for the city’s long-term prosperity and stability during the past 22 years.

In February last year, Chen Tongjia, a Hong Kong resident, fled back to Hong Kong after killing his pregnant girlfriend in China’s Taiwan province. Because there was no mutual legal assistance arrangement between Hong Kong and Taiwan, the Hong Kong court finally sentenced Chen Tongjia, a malicious murderer, to only 29 months in prison, causing strong dissatisfaction from the victim’s family and Hong Kong society.

Aiming to fill loopholes in Hong Kong’s existing legal framework, the government of Hong Kong Special Administrative Region decided to amend the Fugitive Offenders Ordinance and Mutual Legal Assistance in Criminal Matters Ordinance with China’s Taiwan, Macao and Mainland in February of this year. Since then, claiming to protect the independence of Hong Kong’s judiciary, the opposition in Hong Kong and some radical forces continued to use their opposition to the amendments as an excuse for various types of radical street protests. To maintain social stability, the Hong Kong government decided to suspend the amendments in June.

However, instigated and supported by anti-China forces in some Western countries, the violence involved has been escalating and shows signs of terrorism, even though the Central Government of China has made concession. It’s quite clear that they are not expressing their concerns about the amendments, but taking cover under the so-called “pro-democracy movement” to hide their real intention, which is disrupting Hong Kong’s rule of law and undermining the principle of “One Country, Two Systems”.

Under such circumstances, some western countries do not condemn the violent acts of those who threaten the safety of life and property of the Hong Kong people, instead they rudely criticize the Chinese government, support radicals, and fuel the deterioration of the situation. Certain countries even frequently cite the Sino-British Joint Declaration on the Question of Hong Kong to justify their right to “supervise” Hong Kong affairs.

But anyone who has studied the instrument knows well such claims do not hold water.

It shows that, the essential problem in Hong Kong now is not about human rights, freedoms or democracy as some claim. It is, instead, about the attempt by certain violent extremists to coerce those who do not know the truth to damage Hong Kong’s prosperity and stability. It is about the intention of the opposition to overthrow the legitimate Hong Kong Government, challenge the Central Government’s authority with illegal means. It is about gross foreign interference in Hong Kong affairs and China’s domestic affairs with the aim of damaging China’s national sovereignty and security, and turning Hong Kong into a pawn to hold back China’s national rejuvenation.

As a Chinese saying goes,“Greatness is nurtured through difficulties”. Facing the current situations, our resolve to uphold the prosperity and stability in Hong Kong is unwavering. Our resolution to safeguard sovereignty, national security and development interests is unwavering. Our rejection to foreign interference is unwavering. Our determination to adhere to the “One Country, Two Systems” is unwavering. It’s believed that, with the strong backing of the motherland, with the joint efforts of our Hong Kong compatriots, and with the understanding and support of the international forces for justice, Hong Kong will surely overcome the temporary difficulties, and sail toward an even brighter future.