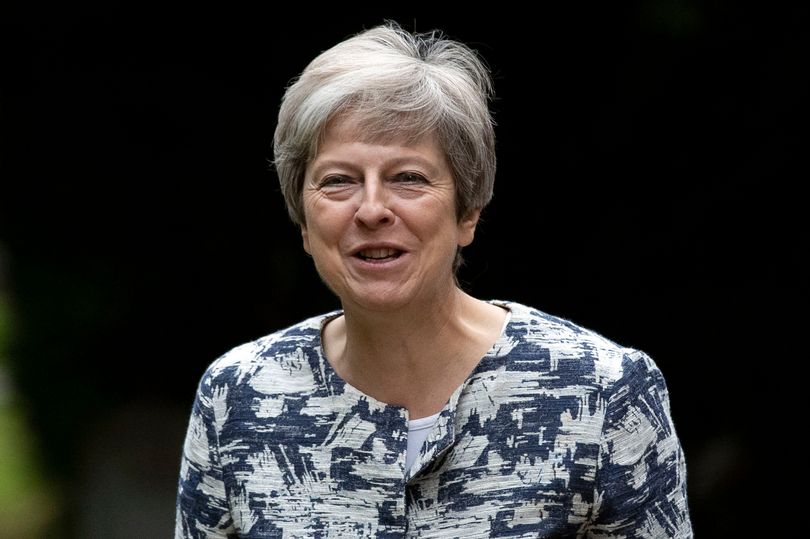 Theresa May is set to visit Nelson Mandela’s former cell to as she makes her first trip to Africa as Prime Minister.

Mrs May jets off from Heathrow today before landing in Cape Town early tomorrow to kick off a three-day trade mission, which will also take in Nigeria and Kenya.

The PM is hoping for good weather so she can visit Robben Island where Mandela, affectionately known as Madiba and who died in 2013, spent 18 years of his 27-year incarceration.

Stressing the emotional trip to the ex-jail of South Africa’s first black president was weather-dependent, Mrs May’s spokeswoman said: “We are definitely very much hoping to do it.”

The PM, whose only previous visit to Africa was to Tunisia as Home Secretary in 2015, will bid to underline the relationship between the UK and the continent in a speech at a bank in Cape Town tomorrow.

It will be the first trip to sub-Saharan Africa by a British Prime Minister since David Cameron went in 2013.

Mrs May, who will be the first UK PM to go to Kenya in more than three decades, hopes to drum up bumper deals for British firms across the continent as the UK heads towards Brexit .

The Conservative leader will be joined by dozens of industry chiefs on this week’s whistle-stop trade tour.

She said last night: “Africa stands right on the cusp of playing a transformative role in the global economy, and as longstanding partners this trip is a unique opportunity at a unique time for the UK to set out our ambition to work even closer together.

“A more prosperous, growing and trading Africa is in all of our interests and its incredible potential will only be realised through a concerted partnership between governments, global institutions and business.

“As we prepare to leave the European Union, now is the time for the UK to deepen and strengthen its global partnerships.

“This week I am looking forward to discussing how we can do that alongside Africa to help deliver important investment and jobs as well as continue to work together to maintain stability and security.

“I am proud to be leading this ambitious trip to Africa and to become the first UK Prime Minister in over 30 years to visit Kenya.”

The visit will also see the PM focus on tackling modern-day slavery and people trafficking, as well as the Mediterranean migration crisis, with many would-be victims beginning their dangerous journeys from Africa.

During her trip to South Africa, she will present President Cyril Ramaphosa with the bell from a troop-carrying ship which sank 101 years ago in the English Channel.

The SS Mendi was bringing more than 800 soldiers – most of them black South Africans – to fight with allies on the Western Front in the First World War when she was hit by a cargo ship in thick fog about 13 miles south of the Isle of Wight.

More than 600 men were killed in what was the worst maritime disaster in South Africa’s history.

The vessel’s bell, plucked from the shipwreck, has become a symbol of the country’s World War One remembrance.

The PM is also due to hold talks with Nigerian president Muhammadu Bihari in Abuja, and with Kenyan president Uhuru Kenyatta in the capital Nairobi during the week.

She will also watch British troops training African soldiers in how to spot and defuse crude homemade bombs and other improvised explosive devices before they go to fight jihadi terrorists al-Shabab in Somalia.

The PM’s spokeswoman said: “The visit comes at a time of enormous change across Africa and is a unique opportunity as we move towards Brexit to invest and work alongside African nations, with mutual benefits.”

No 10 stressed the mission aimed to “maximise opportunities and tackle challenges in a continent growing at an enormous pace”.