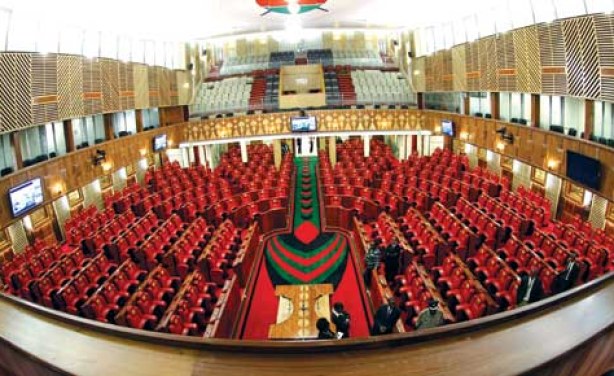 NEW legislation to reduce foreign funding for NGOs could result in the loss of over 100,000 jobs.

A proposed amendment to the Public Benefits Organisations Act of 2013 would cap foreign funding for NGOs at 15 per cent of their total budgets.

However, virtually all of Kenya’s 8,500 NGOs rely on donor aid to fund their operations. With a few exceptions like the Safaricom Foundation, there are barely any locally financed NGOs.

Last year the government tried to cap foreign funding for NGOs in a Miscellaneous Amendment Bill, hoping to fulfill part of the Jubilee Manifesto.

However, MPs rebelled, compelling the government to remove the clause from the Bill. MPs complained that such a law would have negatively affected development work in their constituencies.

Most NGOs concentrate on health, education, agriculture and the environment. A few high-profile NGOs like Open Society and Africog pursue political accountability and it is these entities that have apparently upset the government.

Yesterday former NGO Council chairman Ken Wafula wondered why the government was “obsessed” with its plan to regulate the NGOs.

“The plan is motivated by malice. The NGO sector contributes over Sh200 billion annually. The money is not given for free – we have to write proposals to get the funding,” Wafula said.

“In areas such as the former North Eastern Province and other arid areas, 80 per cent of health programmes are supported by NGOs. Why would you want to kill such initiatives?” he asked.

“I do not understand how the MPs will gain by reducing the funding,” said Wafula.

Current NGO chairman Wilson Kipkazi said government should be ready to pump in more than Sh285 billion to NGOs if they slash their foreign funding.

“The government has never supported us. Why should they seek to suppress our funding?” he wondered.

Kipkazi said the government should target specific NGOs if it was worried about them promoting a foreign agenda.

Last December the government bowed to pressure from foreign donors and NGOs and withdrew the proposal, but continued to caution the sector.

In August, President Uhuru Kenyatta questioned the ownership of some NGOs during celebrations to mark 25 years of the NGO Coordination Act.

“Quite frequently, there have been NGOs promoting alien and even unacceptable agendas in Kenya that have no bearing on the aspirations of any local constituency,” he said, adding, “The only reason these organisations do so is because their donors make the execution of such agendas a condition for funding. Contrary to maintaining unwavering fidelity with our people, such organisations sell their souls, and attempt to sell ours too for donations.”.

And then last week on Mashujaa Day, the President observed: “These actors have positioned themselves as the gatekeepers and interpreters of Kenya in various capitals. If they were to succeed, they would so completely rob us of faith in each other that we would put our destiny in the hands of unelected, unaccountable institutions that answer elsewhere.”

Ndung’u Wainaina of the International Centre for Policy and Conflict said he was worried that the MPs pushing for the amendment were taking Kenya the Rwandan, Ethiopian and Ugandan way. He said that most leaders in the neighbouring countries have suppressed civil liberties, which end up affecting the entire society. “It is worse because these laws are being enacted with some people in mind, but all of us will be affected,” he said and urged that Kenyans should be ready to reject changes that would curtail their freedoms.

Activist Okiya Omtatah said that legislators should be enacting laws that facilitate the Bill of Rights, not curtail it. He said many development NGOs were offering services in areas neglected by the government.

Omtatah said that the government should campaign for accountability and not seek to restrict the work the NGOs do.

“These organisations must be held accountable by limiting their foreign donor funding. We will not sit pretty and allow foreigners to interfere with our sovereign authority through these NGOs,” a Jubilee MP said.

Cord MPs however have remained hostile to the proposed clampdown on NGOs.

“The Jubilee government has made unsuccessful attempts to amend the PBO Act to have the organisations made accountable for the funds they receive from development partners in their delivery of services to the people. We want to tell this government that we will not allow it,” Ugunja MP Opiyo Wandayi said.

A number of Cord MPs have advised the government to ask the PBO Coordination Board to regulate the sector rather than resort to repressive legislation.

International agencies such as Oxfam, USAID, World Vision International and Population Services International run crucial programmes in health, education and water provision in Kenya whose funding stands to be slashed.