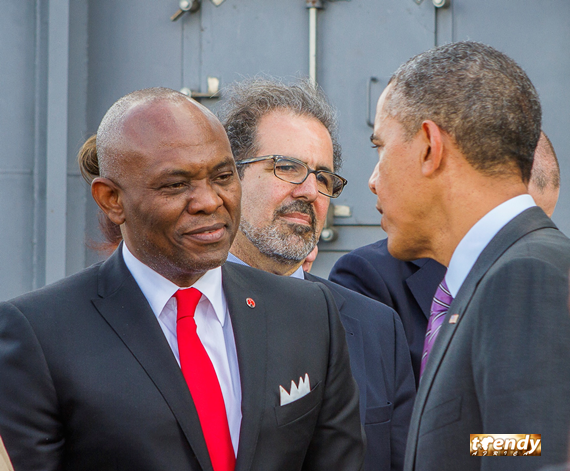 Planet Labs Incorporated, co-founded by Will Marshall, Chris Boshuizen, Robbie Schingler, aims to transform the way imaging of the earth is carried out, through the introduction of ultra-small satellites called ‘doves.’ The doves circle the planet in low orbit and are significantly cheaper to produce and deploy than existing technology.

According to a statement released by the organisation, it is the only African investor in the project.

The investment company also noted that Planet Labs has achieved some significant milestones, which include the launch of four satellites on three rockets in 2013 alone, delivery of its first fleet of 28 satellites which are expected to head for space shortly and the raising of $52 million from its series B round.

Speaking on the investment, Mr. Tony Elumelu, said “As the only African investor in Planet Labs’ project, we are incredibly proud to have supported such an innovative and dynamic company, which has already achieved a significant success.”

“As part of our business philosophy of ‘Africapitalism,’ we are committed to supporting entrepreneurs and start-ups to enable them to bring scale to their projects and we look forward to following Planet Labs’ achievements over the coming years,” he added.

On his part, Planet Labs’ co-founder, Robbie Schingler, said the company is excited to welcome Heirs Holdings to our team of investors and thank them for their support.

“The funding that they and other partners provide is vital for our development as a company and we are particularly pleased to be working with an African company, as our technology has the potential to support Africa’s development by monitoring and mapping the continent’s natural resources and agriculture.”