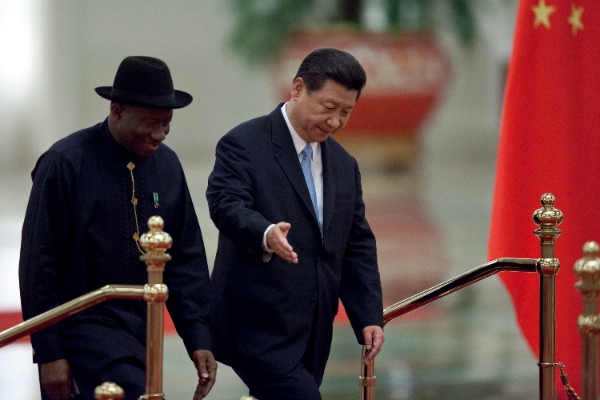 Liu Kan, the consul general of the People’s Republic of China in Lagos, said that the volume of trade between Nigeria and China in 2014 was about $18.1 billion.

On Wednesday Liu announced this fact in Lagos and noted that there had been a relative increase in the exchange of goods and services last year compared to the 2013 transactions.

He stated that Nigeria is China’s third major export destination in Africa after South Africa and Angola, while China is Nigeria’s largest source of imports and third major trade partner.

Liu Kan said:“The trade volume between China and Nigeria in 2014 rose to about $18.1 billion which is an increase over our 2013 transaction.We should say that our bilateral relations in 2014 rose to a new level that we all expected’’.

Kan, who expressed the Chinese government’s satisfaction with both countries’ present level of win-win cooperation, said that both countries’ socio-economic relations would be brighter in the years ahead.

He also disclosed the Chinese government’s plan to simplify visa application processes for Nigerian businessmen and women this year.

He said:“We know that every year thousands of Nigerian businessmen attend the Canton Fair in search of new business opportunities and partners.We are, therefore, going to be creating the right visas application processes for them to enable more Nigerians to do business with Chinese manufacturers and businessmen’’.