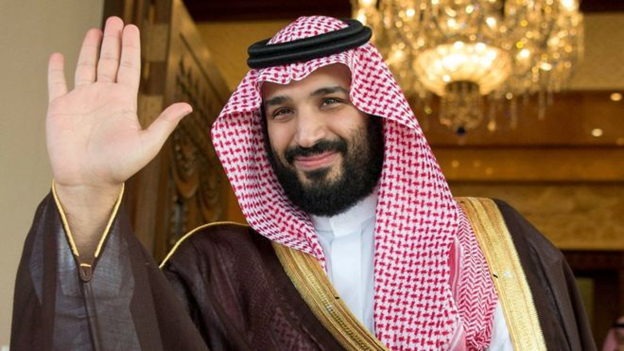 U.S president Donald Trump on Monday commended the action of the Crown Prince of Saudi Arabia Mohammed bin Salman as he carries out the biggest anti-corruption purge in the country’s history.

Crown Prince Mohammed bin Salman, or MbS as he is commonly referred to in Western circles recently conducted a purge that tightened his grip on power through the arrests of royals, ministers and investors that were suspected of being involved in corrupt practices.

Among those arrested were billionaire investor Al-Waleed bin Talal, who is one of the kingdom’s most prominent businessmen, Prince Miteb bin Abdullah, who was replaced as minister of the National Guard, a pivotal power base rooted in the kingdom’s tribes.

Trump tweeted on Monday that he had “great confidence in King Salman and the Crown Prince of Saudi Arabia” following the mass arrests – the biggest such purge of the kingdom’s affluent elite in its modern history.

The president also tweeted that “they know exactly what they are doing,” adding: “Some of those they are harshly treating have been ‘milking’ their country for years.”

A U.S official said that the reason for the purge was to “reinvigorate the public’s confidence in the Saudi monarchy by diversifying the economy, loosening religious restrictions, and carrying out wide-ranging social reforms,”.

However, a former U.S intelligence officials doubt the system as there may be a recoil.