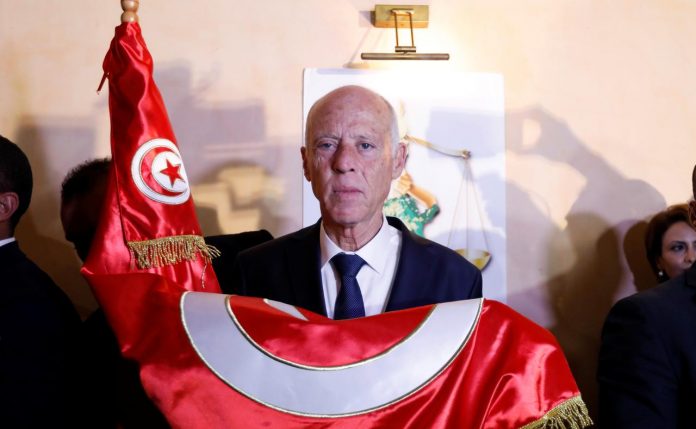 Tunisia’s elected President Kais Saied got sworn in on Wednesday at a plenary session in parliament.

Saied, a fiercely independent academic aged 61, advocates a radical decentralization of power in the North African country, with local democracy and the ability to remove elected officials during their mandates. He is seen as strongly conservative on social issues, and has defended the death penalty, criminalization of homosexuality and a sexual assault law that punishes unmarried couples who engage in public displays of affection.

Karoui has used his popular television channel Nessma to launch high-profile charity campaigns, often appearing in designer suits as he crisscrossed the country to meet with some of its poorest residents before his incarceration.