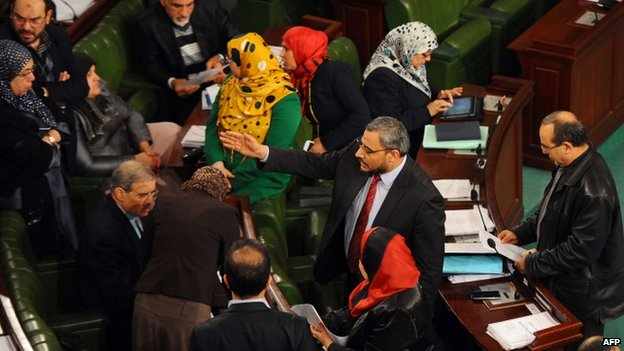 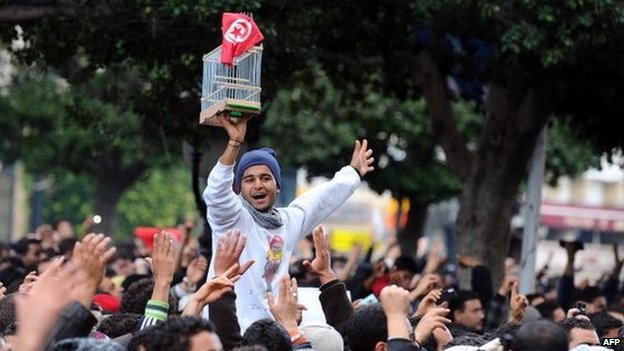 It is to be voted on article by article and politicians hope it will be adopted by 14 January – the third anniversary of the 2011 revolution.

The hope is that its adoption will help end the stalemate between the country’s opposing political factions.

The assassinations of two opposition figures last year pushed the country into a dangerous political crisis.

Correspondents say the new constitution will be a major milestone in the country’s democratic transition.

It has taken more than two years to agree on a draft text.

The 217-seat national assembly was elected in October 2011 and was supposed to have adopted a new constitution within a year.

But the process has been delayed by deep divisions between the then-governing moderate Islamist Ennahda party and the opposition, aggravated by last year’s political assassinations.

Ennahda condemned the killings but the opposition accused it of failing to rein in Islamists.

Towards the end of last year, Ennahda and its rivals agreed on an interim administration to govern until elections, expected within six months of passing the new constitution.

Journalist Naveena Kottoor in the capital, Tunis, says politicians have chosen a symbolic deadline to finalise the post-revolutionary constitution, though many ordinary Tunisians are disappointed with the political process and few believed the vote would actually go ahead. 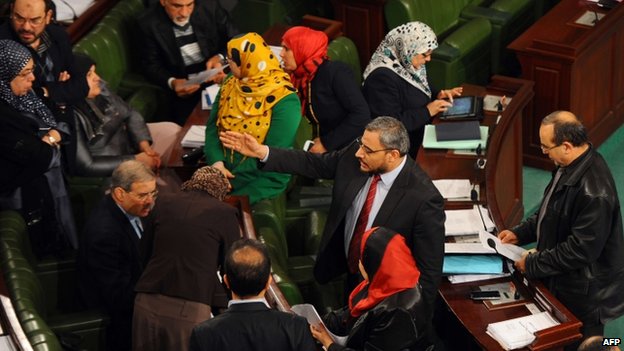 “However, there is some real political momentum behind this vote, assembly members are positive that they will be able to meet the deadline,” she told the BBC’s Focus on Africa programme.

A two-thirds majority is needed to pass each of the more than 145 articles.

“I couldn’t eat much this morning I was so stressed out. This is historic, I can’t believe I am here,” Mabrouka Mbarek, an assembly member for CPR, part of the interim governing coalition, told the BBC.

“We are prepared to work three sessions a day to get this constitution passed,” she told the BBC.

Even if the politicians manage to meet the deadline, real challenges still lie ahead, Ms Kottoor reports.

“Wide-ranging reforms of the judiciary, the security forces and the economy are needed to rebuild trust in the state,” she said.

The protests in Tunisia three years ago led to the toppling of long-time ruler Zine al-Abidine Ben Ali – and inspired other Arab Spring uprisings.