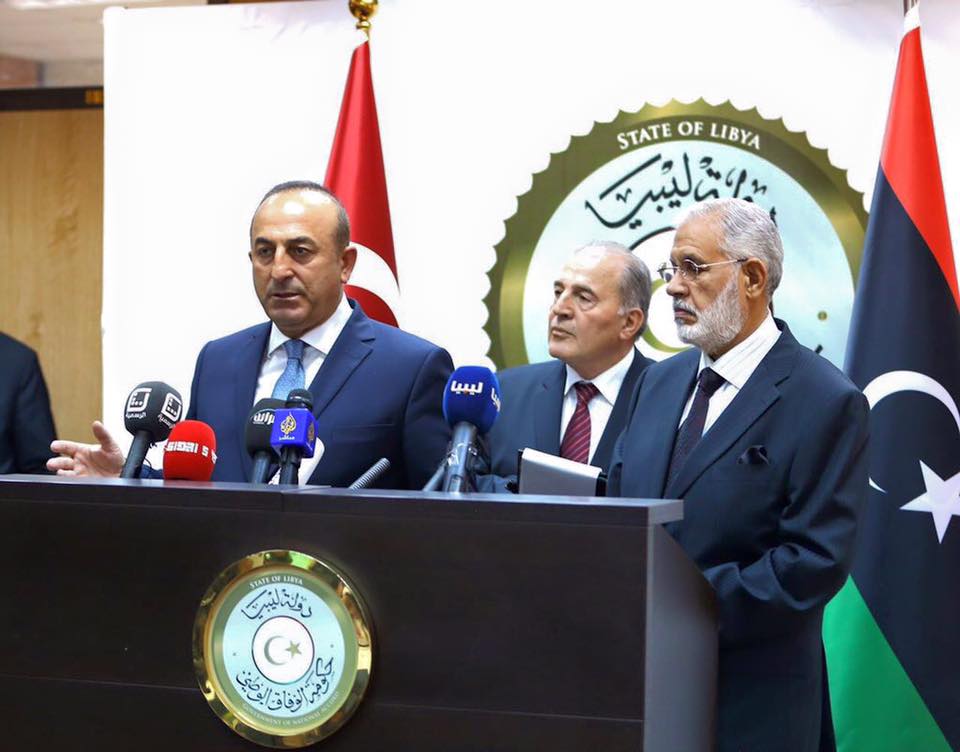 Turkey’s foreign minister said during a recent visit to Tripoli that his country hoped to be the first to reopen its embassy in the Libyan capital, following the arrival of a U.N.-backed unity government at the end of March.

Security in Tripoli remains fragile and the unity government’s leadership has been operating out of a heavily guarded naval base as it gradually tries to gain control of ministries.

Tunisia and several Western European states including France and Britain said shortly after the unity government’s leadership moved to Tripoli that they hoped to reopen their embassies, but no dates have yet been announced.

“God willing, we will be the first country to resume our embassy’s work in Tripoli,” Turkish Foreign Minister Mevlut Cavusoglu said, after meeting his Libyan counterpart Mohammed Siyala and Prime Minister Fayez Seraj at the naval base.

He also pledged Turkish support for the government’s efforts to restore stability and security to Libya, and said Turkey hoped to boost its economic presence in the North African state.

“Turkish companies are looking forward with determination to continue their work and resume their activities in Libya in the sectors of transport and energy,” he said.

Libya’s oil-dependent economy has been hit hard by conflict and political chaos, with production dropping to about one fifth of the level it stood at before the 2011 uprising that toppled Muammar Gaddafi.

Most foreign employees working in the oil sector have left the country, and most Western diplomatic staff were evacuated from Tripoli in 2014 amid heavy fighting between rival factions.

As a result of the fighting, Libya’s parliament and government moved to the east of the country, whilst a rival set of institutions were set up in the west in Tripoli.

Islamic State militants took advantage of a security vacuum to establish a foothold in Libya, seizing control of the coastal city of Sirte last year.

The unity government is designed to end divisions between the rival political groups and the armed brigades who back them, but it has struggled to win support on the ground.