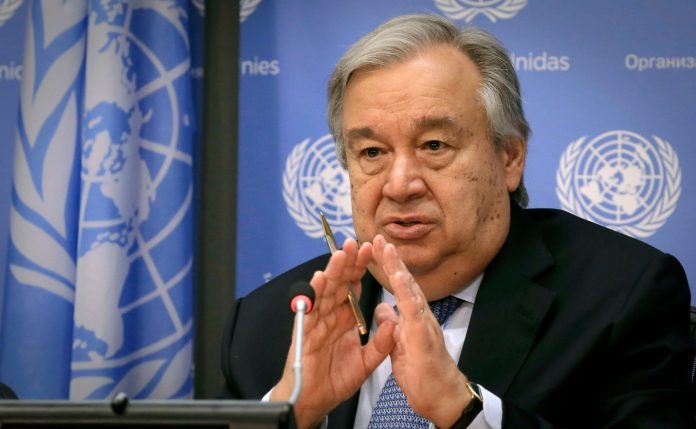 United Nations Secretary-General Antonio Guterres called for an end to fighting in Ethiopia while in Colombia’s capital Bogota on Wednesday, November 24, 2021, urging Ethiopian leaders to follow the Andean country’s example of peace.

Guterres, who was visiting Colombia to mark the fifth anniversary of the peace deal between the government and the demobilized leftist Revolutionary Armed Forces of Colombia (FARC) guerrillas, called for an immediate end to hostilities.

“The peace process in Colombia today inspires me to make an urgent call to the protagonists of the conflict in Ethiopia for an unconditional and immediate ceasefire,” Guterres said during a joint address with Colombia’s President Ivan Duque.

War in Ethiopia broke out in November 2020 in the country’s Tigray region between Ethiopian federal troops and the Tigray People’s Liberation Front. In July, the conflict spread into two neighbouring regions in northern Ethiopia.

Ending fighting in Ethiopia would allow a dialogue between Ethiopians, Guterres said, permitting the country to once again contribute to the stability of the region.

“I would very much like Colombia to be the example followed by the leaders in Ethiopia,” Guterres added.