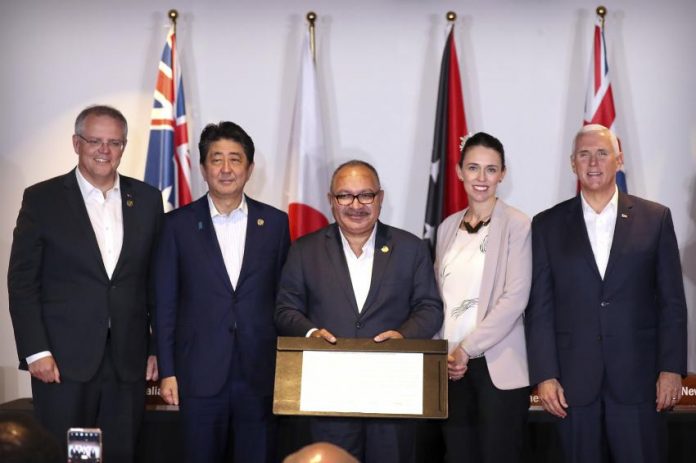 The four countries and Papua New Guinea signed the electrification agreement Sunday at the Asia-Pacific Economic Cooperation meeting behind held in the capital Port Moresby.

U.S. Vice President Mike Pence said it shows how strongly the U.S. and its allies are committed to the region.

“The commitment of the United States of America to this region of the world has never been stronger,” he said.

“It’s remarkable to think of the impact this will have on people’s lives across this nation. Electricity will drive economic growth but as others have said, it will simply improve the quality of life for people across Papua New Guinea for generations to come.”

Only about 20 percent of Papua New Guinea’s 8 million people have electricity and for a significant proportion of them, the supply is not reliable. Most Papua New Guineans live in the highlands and other remote areas.

The announcement comes after the U.S., Japan and Australia in July announced a joint effort to finance infrastructure in Pacific island states which China has aggressively wooed with loans and aid.

New Zealand’s Prime Minister Jacinda Ardern said bringing electricity to most of Papua New Guinea would be “transformational” for the country.